Some OutDaughtered fans attacked Danielle Busby today. Her husband Adam, however, was quick to swoop in. Now, before you get too freaked out…. No, she wasn’t physically assaulted by anyone. But, she was berated on her Instagram account today.

Now, those who follow Adam and Danielle Busby know they are advocates for mental health. So, they understand and appreciate mental and emotional attacks can be just as hurtful as physical ones. For this reason, it isn’t too surprising that Adam (and other OutDaughtered fans) were not too happy about the conflict.

As we previously reported, some fans are frustrated with the string of vague health updates. Adam and Danielle Busby claim they want privacy… So, why share anything at all? Likewise, couldn’t they ask their fans for prayers without all of the vague health updates?

Adam Busby was quick to defend his wife

Danielle Busby hasn’t really made a habit of replying to Instagram comments as of late. This is especially true of hateful and negative comments. That being said, Adam Busby is never afraid to clap back at an Instagram troll. And, given how much he loves his wife… Him coming in hot on someone attacking her wasn’t surprising at all.

Adam Busby fired back in response to some of the negativity: “what is wrong with being open through the journey of the unknown and asking our fans and followers for prayer? We love our friends and fans for their willingness to stand with us in prayer without needing all of the details. The negativity and criticism because you want more information isn’t needed.” 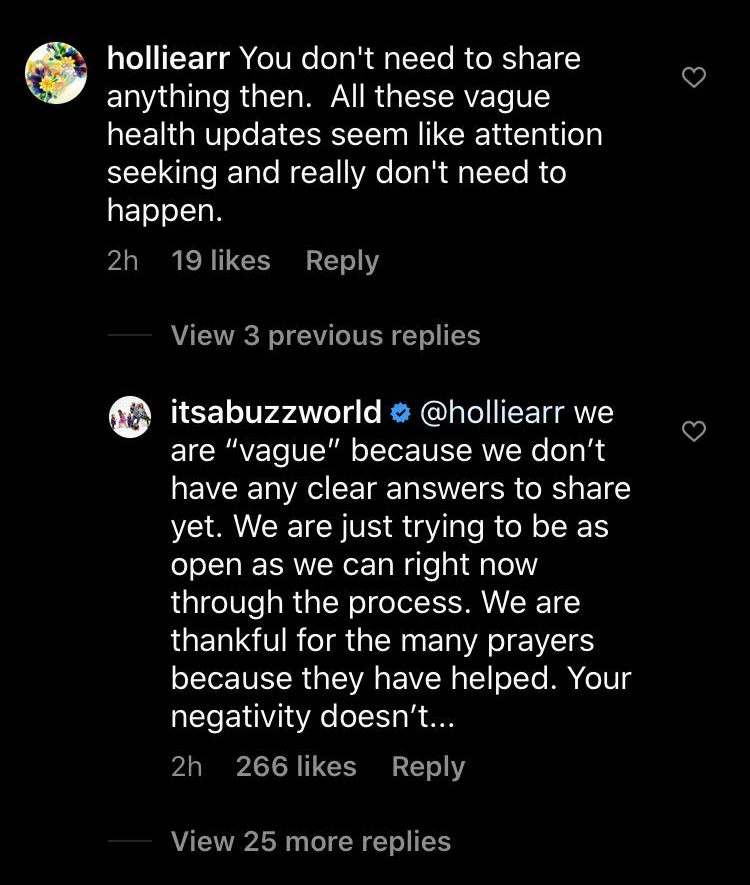 “We are ‘vague’ because we don’t have any clear answers to share yet.” Adam Busby fired off in response to another troll. He, however, continued to explain why they decided to share some information. Regardless of how “vague” it seemed to fans.

We are just trying to be as open as we can right now through the process. We are thankful for the many prayers because they have helped. Your negativity doesn’t…”

Some OutDaughtered fans rushed in to support the couple

Now, Danielle Busby was not attacked by everyone. There were some who were happy to send her prayers without additional information. Adam had several fans tag him and beg him to ignore the negativity. They reassured him that he didn’t need to share more than he was comfortable with.

Either way, the comment section of this Instagram post is a bit of a mess. There are several fans of the family on both sides of this debate. Those who support the family and their privacy encourage the hateful individuals to consider using the unfollow button.

Does it sadden you to know Danielle got attacked by fans? Do you think she’s being attention seeking with her posts? Share your thoughts with us in the comments.