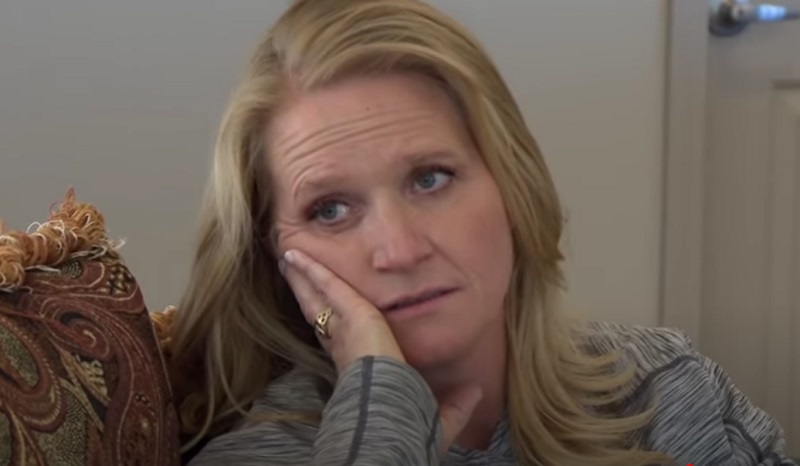 Christine Brown of Sister Wives fame decided to break one of her own rules today by throwing caution to the wind and making a change.  Her traditions worked well for her in the past but something about this past year made Christine change things up a bit. She even posted a picture to show how she did it.

Sister Wives: Christine Brown Needs A Little More This Year… But Why?

It seems the Sister Wives fans think that Christine Brown points to the year 2020 prompting her to make this change. It sounds as if the year of isolation wore on Kody Brown’s third wife. But in her latest post she only tells her fans that she needed her tree up a little longer without saying why.

The Sister Wives mom of six told her followers that she usually goes crazy when seeing Christmas decor up after the first of the year. But not this year, apparently she feels it will do her some good by leaving it up. 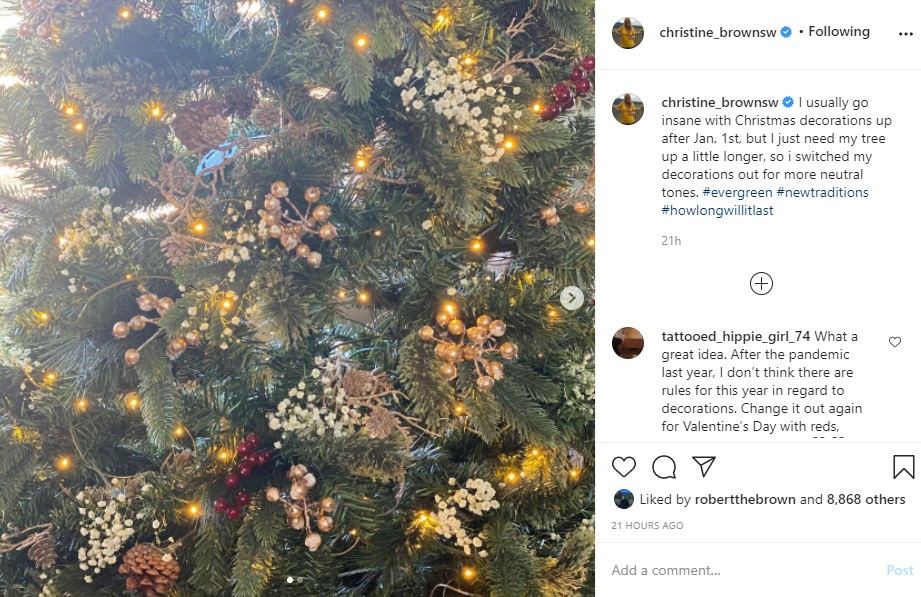 While the tree is still up at this Sister Wives house, it’a not looking much like a Christmas tree. Christine took the time to change the decorations. She’s made her Sister Wives home look more earthy and natural with the tree’s new decorations. The bright red and greens are gone. Instead she brings in the muted colors of nature when re-decorating the tree.

Many people who follow all the pandemic protocol suffer in silence while feeling cut-off from the world today. Maybe Christine feels the same and decided to do something different to brighten up her days. But she never mentioned the pandemic. Although, many of her Sister Wives fans think this is the reason behind this.

She says she “just needs her tree up a little longer.”  Rumors put Kody Brown spending his pandemic days and nights at his youngest Sister Wive’s place. So, maybe this is what weighs heavy on Christine Brown today.

Viewers of the Sister Wives series are in tune with Christine’s need for attention from her shared husband. While Janelle Brown enjoys a good conversation with Kody Brown, it’s Christine who seems to look for romance from the man who married four women.

Then there’s Meri, who seems more business-oriented today. She seems to fill her time with work-realted stuff. But Christine seems to have more of a need than the other wives for Kody’s romantic eye to turn her way.

The third wife to join this Sister Wives plural marriage appears as a mom very involved with her kids. Videos and photos coming out of Christine’s home shows the kids taking over just about every room in the place. 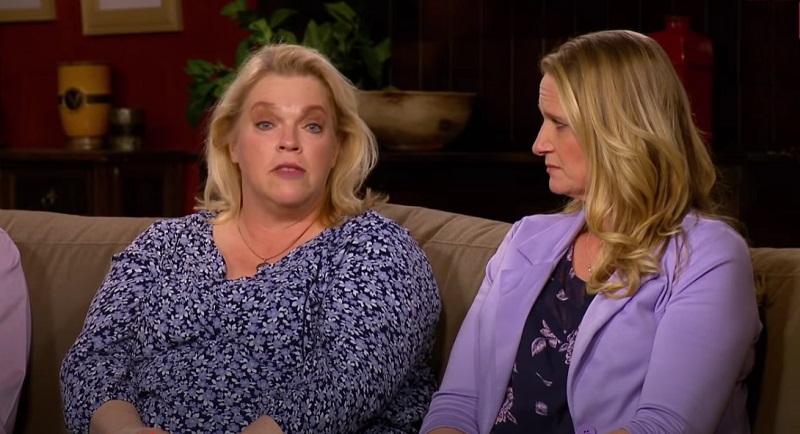 Christine also looks like a fun mom. She’s really laid back as her active kids let loose in the house. From wild wrestling matches to knocking over the Christmas tree, nothing seems to faze this Sister Wives mom. But it is also apparent by these clips and pictures that she’s very much alone when it comes to parenting.

Sure, she’s got all her Sister Wives kids to keep her busy but what about adult companionship? What about the company of her husband? While Christine doesn’t say anything about Kody in this latest post, fans can’t help but wonder if maybe she’s missing the man she married. If the rumors are true and Kody is hunkering down with Robyn Brown, maybe the isolation of this pandemic hit Christine Brown hard.

For whatever the reason, it seems as if Christine Brown is needing something extra today. If she found it by leaving up her tree, more power to her. She certainly captured the attention of her Sister Wives followers. Many think it’s such a good idea that they’re trying it out at home for themselves.

ANOTHER Roloff Baby Is Coming! Who Is Pregnant Now?!
Savannah Chrisley Under Fire For Catching A Shark: Did She Release It?
‘My Feet Are Killing Me’ Season 3: Release Date, What We Know
Todd Chrisley Is ‘Happy’ Kyle Hurt Him: What About Lindsie?!
Katie Thurston Plays Wingwoman For Contestant She Rejected