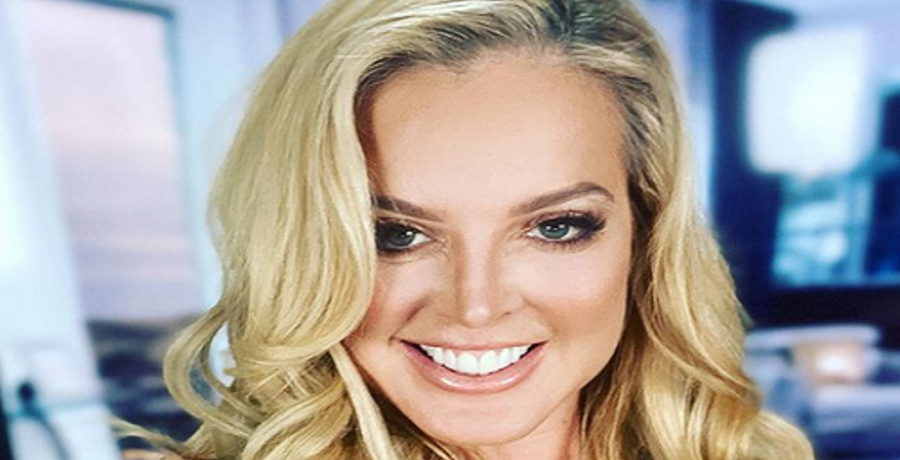 Elizabeth Vargas slammed RHOC co-star Braunwyn Windham-Burke. First, she called her a hypocrite for the way she’s navigating her marriage with Sean Burke. Over the weekend, TV Shows Ace reported that she would feel “heartbroken” if her husband started dating. Then, Elizabeth called her “narcissistic” for wanting reality TV fame.

On Sunday, January 3, Elizabeth took to Instagram to slam Braunwyn. She felt some kind of way about the latest news on her co-star. As fans know, Braunwyn and Elizabeth got close on RHOC Season 15. Elizabeth shared a vulnerable moment with Braunwyn in which she revealed her childhood upbringing.

But things have since changed between them… Read on to learn more.

Braunwyn Windham-Burke told a fan on Instagram that she would be “heartbroken” if Sean started dating. Her RHOC co-star called her out on her respective Instagram page. Elizabeth Vargas called her hypocrtical for the way she’s handling her relationship with Sean. But Braunwyn admitted that she has a jealous streak, which they’re working on in therapy.

“OK.. I’m sorry but this is just getting to be wayyyy [too] much,” Elizabeth wrote in her latest Instagram post. “Didn’t she just announce she’s NEVER been attracted to him EVER & she’s ‘SLEEPING WITH WOMEN’! Acceptable behavior because she calls it a ‘modern marriage’ or extremely narcissistic & hypocritical… Thoughts?”

In her post, she included several hashtags such as “don’t be a Braunwyn” and “Team Sean.” Then, she added: “You can’t make this s*** up.” Fans congratulated Elizabeth for calling Braunwyn out. One fan commented: “I’m loving that you’re calling it out.”

“Next she’ll be jumping out of a flying saucer with an alien landing on a mountain screaming, ‘I’m in love with an alien now,'” Elizabeth responded. “I mean come on what’s next?”

Thinks RHOC co-star is “making everything up for fame”

Another fan accused Braunwyn of “making everything up for fame.” Viewers think she made up her alcoholism and sexuality for a storyline.

“There is nothing modern about someone who is making up everything for fame,” the fan wrote. “The last I checked it’s not ok to be married and have a girlfriend/boyfriend on the side.”

Elizabeth simply responded with a series of 100 percent emojis. It appears that she agrees with the fan. Both Kelly Dodd and Emily Simpson “liked” Elizabeth’s Instagram post, per Reality Blurb. Kelly took to the comments section to share her thoughts.

“You did so well @elizabethnvargas I’m proud of you!!” Kelly wrote. “team EV!! You are a good person!!”

Braunwyn revealed that she’s feuding with both Kelly and Emily. She claimed that they both unfollowed her on social media because of her political posts. But Emily clapped back and said it was because of Braunwyn’s lies and hypocrisy. Now, Elizabeth is echoing her statements.