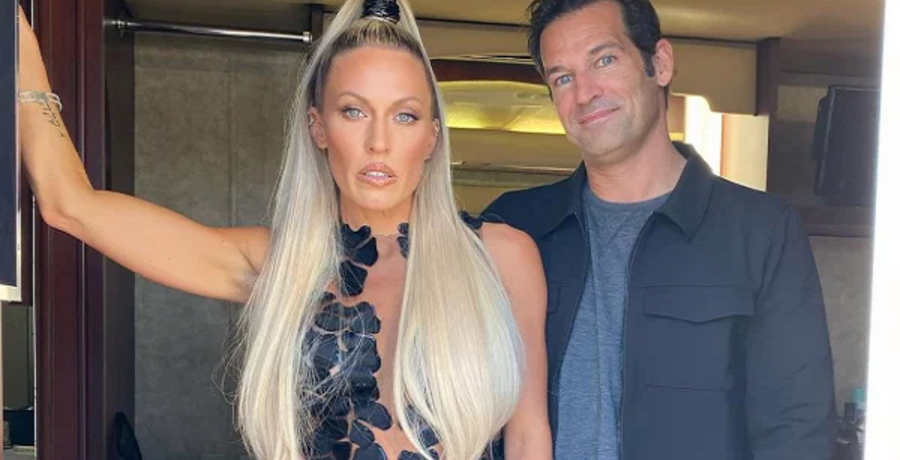 Braunwyn Windham-Burke revealed if her husband Sean Burke is allowed to date. The Real Housewives of Orange County star has been open about their “modern marriage.” Last month, she came out as a lesbian and introduced her new girlfriend, Kris, to her followers on Instagram. Regardless of her sexuality, she’s remaining married to Sean.

The couple has no intentions of getting a divorce. Instead, Braunwyn and Sean want to figure out how to make their marriage work. However, she would be “heartbroken” if he moved on from their relationship. This comes after she admitted she didn’t have feelings for him anymore on a recent episode of RHOC.

Braunwyn Windham-Burke would be “heartbroken” if Sean dated someone else

A few months ago, the RHOC star teased that she was dating someone special. At the time, she wouldn’t reveal who but made it clear it wasn’t another man. Braunwyn Windham-Burke opened up about her new girlfriend and sobriety during a recent Instagram Q&A on Saturday, January 2. In one post, she admitted she would be “heartbroken” if husband Sean Burke moved on.

The 42-year-old revealed in a GLAAD video that she is gay. One follower asked the reality star when she realized she was “lesbian not bisexual.”

“I had my first sober experience with someone I care about (alone) and I came home and told Sean…ya, I’m not straight,” Braunwyn wrote on her Instagram Stories. “It was like ‘So this is what it’s supposed to be like.'”

Braunwyn and Sean remain married. They don’t have plans to divorce. During the session, she said she has no idea if they will stay married but they would “like to” make it work. Braunwyn is dating a 28-year-old woman named Kris. But she would “be heartbroken” if Sean were to date someone else.

He was there as his wife answered questions. He said that he would “probably” date other people in the near future. But then he added, “Don’t know when, though.” Another fan wanted to know if he felt hurt by Braunwyn having a girlfriend. He said, “Yeah, it kinda sucks cause it’s hard, figuring it out.” Then, Sean added that he’s currently taking things “one day at a time.”

RHOC fans accuse Braunwyn of acting like a hypocrite

Another follower asked Braunwyn Windham-Burke if she felt it was hypocritical for her to have a girlfriend but not for Sean to have a partner on the side.

“That’s why we’re in therapy,” Braunwyn responded. “We are working through this. We can’t figure this out on our own. This is a lot … This is hard and we’re working it out.”

Braunwyn admitted that she’s “kind of a jealous” person and that “this is actually the biggest thing we’re working on in therapy.” However, some fans assumed she was acting selfishly. Braunwyn clapped back and declared that she doesn’t “own” her husband.

“I’ve been like, ‘Go do whatever you want.’ Sean wants to be here,” she said. “He wants to be with the kids. We are a family so this isn’t anything I’m doing, it’s where we are right now.”

Braunwyn also revealed that she and Sean also sleep in separate rooms of their home. In early 2020, the Bravo star announced that he moved out of their family home. But he has since moved back during the summer.

Tamra thinks Braunwyn shouldn’t be so serious, so soon

As for Tamra Judge, she thinks Braunwyn Windham-Burke shouldn’t be dating. During an interview with Access Hollywood’s Housewives Nightcap, she addressed her former co-star’s new romance. While she applauds Braunwyn for keeping it real during Season 15, she doesn’t think she should label her new relationship so soon.

“My advice to her is, ‘Don’t have a girlfriend. Just don’t. Don’t call anybody your girlfriend,'” Tamra said. “‘You’re in transition mode. Take things slowly.'”

She’s afraid that their relationship will crash and burn. What are your thoughts on Braunwyn’s marriage? What do you think of her new relationship? Sound off below.