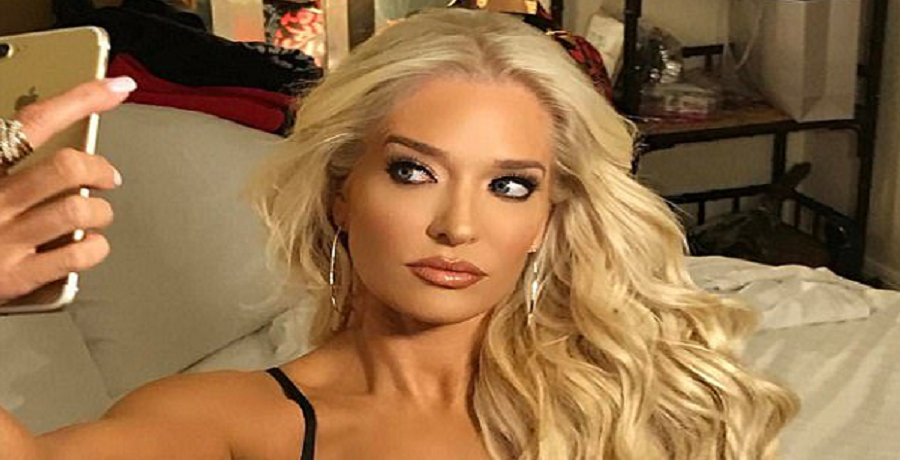 RHOBH alum Dana Wilkey has the dirt on Erika Jayne and Tom Girardi. Previously, she appeared as a “friend” of the Housewives during Season 2 of The Real Housewives of Beverly Hills. Like everyone else, she’s been digging in the couple’s divorce. Dana admitted she read the court documents and transcripts published online.

Erika can’t seem to escape the drama. On November 3, 2020, she announced that she was filing for divorce from Tom Girardi. At the time, she asked for privacy. Now, it seems like new details of their divorce keep coming out.

Even Erika herself alleged that Tom cheated on her. Now, Dana spoke out about the couple’s financial situation.

On Monday, January 4, the RHOBH star made an appearance on Behind the Velvet Rope with David Yontef. During the interview, Dana claimed that Erika Jayne and Tom Girardi don’t have the funds they claim to have. This comes amid their ongoing embezzlement case. Edelson PC alleges the couple embezzled funds from victims of a plane crash to help lavish their lifestyles.

“There is no money,” Dana said on the podcast. “I mean, let’s just be really clear. At no point did Tom go to Erika, ‘Listen, there’s no way I’m going to get away with what’s happening to me.'”

“There’s no way he was like, ‘I’ve got this Swiss account somewhere that I’ve got, you know, hidden my assets,” Dana continued. “When you’re at this level of problems with litigation involving companies like Boeing, your bank statements will be scrutinized in every facet to a degree. Again, I fathom there is no moving money.”

Dana compared their situation to television shows like CSI. A law firm accused the couple of embezzling millions of dollars from plane crash victims shortly after the couple announced their divorce. Settlement money awarded to the victims of the Lion Air plane crash in 2018 went to Tom and Erika. That money was supposedly supporting their lavish lifestyle.

She thinks Tom hid what he was doing from Erika Jayne

Dana doesn’t think the couple discusses finances that much. She thinks that Tom hid this issue from Erika Jayne. But only for some time until she found out.

“But what does bother me about the situation is that one of the companies that were involved in some of this sketchy stuff was Girardi Financial,” Dana explains. “And Girardi Financial has Erika listed as a secretary and a director on the company.”

She predicts will be hard for Erika to distance herself from the situation. As for Erika being in the dark? “I think that there’s serious public evidence that states that she may have, yeah,” Dana responded.

“He could have defrauded her,” Dana said. “And put her name on the company as a secretary, without permission and made her a director without her knowledge. But again, the bank statements don’t lie.”

Erika and Tom’s case is ongoing. In the meantime, Tom’s creditors prompted an involuntary bankruptcy last year. As a result, the creditors freeze his assets that he shares with Erika as the court determines how much money remains. Currently, Erika is not allowed to sell her designer clothes.

What do you think? Do you agree that Tom and Erika have financial problems? Sound off below.