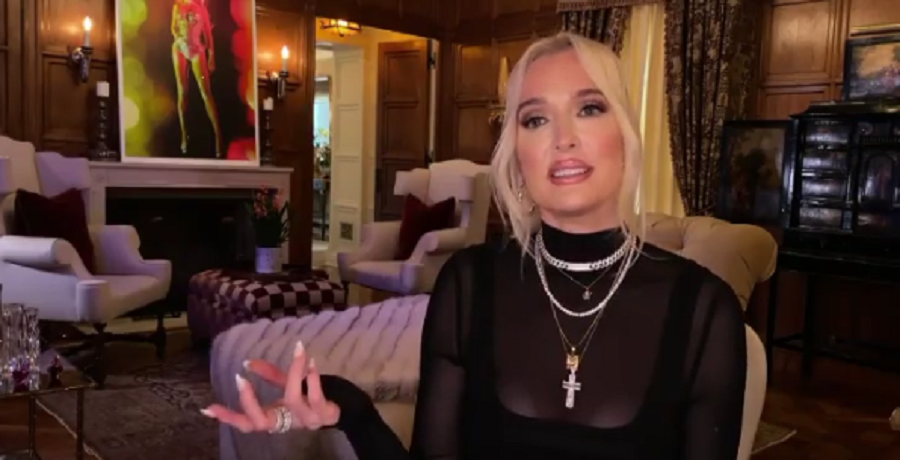 A few days ago, Erika Jayne sold her designer clothes amid the embezzlement allegations. The Real Housewives of Beverly Hills star is selling some of her most-expensive pieces at discounted prices. This comes amid the claims that she allegedly embezzled money with estranged husband Thomas Girardi. On Wednesday, December 16, Erika took to Twitter to sell some of her brand new items.

The Bravo star announced that she was selling her clothes on the app Vestiaire Collective. Erika listed several items available for sale. Recently, she offered a small discount on each item. Most of the clothes are either completely brand new or previously worn on RHOBH or red carpet events. However, Erika has been told not to sell her clothes at this moment.

Per Us Weekly, Erika Jayne was ordered to stop working with the French company Vestiaire. It turns out that her husband Tom Girardi’s assets are frozen. Us Weekly obtained the court documents on Friday, December 18. Edelson PC requested the judge to stop the 49-year-old to stop selling her clothes through the online platform. The couple is in the midst of an ongoing legal battle.

“Simply put: the Court froze all of Tom Girardi’s assets, and that means all community property is frozen too,” the document reads. “Erika Giradi must stop selling her clothes.”

Edelson PC previously accused Erika and Tom of allegedly embezzling settlement money meant for the victims of Lion Air Flight 610. The 2018 plane crash killed 189 people. The firm claims their divorce was a “sham” and the couple “are on the verge of financial collapse and locked in a downward spiral of mounting debts and dwindling funds.” Earlier this month, the judge froze Tom’s assets.

Despite Edelson PC’s request, Erika Jayne pinned her promotional post on Twitter. It reads: “Brand new items available on @vestiaireco! Use the code ERIKA10 for 10% off… right in time for the holidays! Download the app to shop my pre-loved pieces.”

Per The Blast, Erika is selling a Gucci cashmere jacket for $900. She’s also selling a Baleniago wool jumper for $50 and Gucci pants for $600. The small discount will only take dollars off the price. The Pretty Mess author also listed a Non-Signe/Unsigned maxi dress that she wore in the opening sequence of the reality show. The dress costs $1,600.

According to Erika, it’s worth $2,000, but she wants to get rid of it as soon as possible. She listed over 40 pieces to bid on. The brands include Alexander McQueen, Balmain, Chanel, Dolce & Gabbana, Moschino, Rick Owens, Stella McCartney, and Versace. Most of the items have been up for months, while others were just added.

The timing of this promotion is interesting. As fans know, Erika Jayne has been involved with many legal issues this month. It’s obvious that she still makes money from appearing on The Real Housewives of Beverly Hills. But she’s no longer performing on Broadway or in Las Vegas.

“Going to pay this money to the victims?” one fan sarcastically responded to Erika’s tweet. “Maybe you should cut down on your glam so people can get their money. Food delivery side hustle?”

“HURRY!” another fan wrote. “The judgment creditor can request that the court issue an order to direct the bank to freeze your account, but you already knew that you are married-ish to a lawyer.”

“Will the profits go for the alleged victims u guys embezzled from??” a third user tweeted. “If it is, I’d be interested.”

Other fans said they can’t afford those prices, especially during the economic crisis and global pandemic. Some wonder if Erika will take down the listings due to the order. In the divorce, Erika asked the court to award her spousal support. Tom fired back and requested Erika to pay the legal fees.

The Real Housewives of Beverly Hills Season 11 will premiere in early 2021.