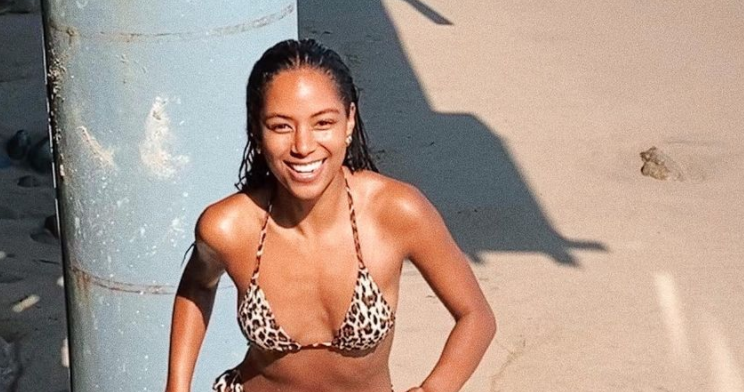 The Bachelor started last night and there are already some key women in this season. One of those women is Bri Springs. Here is everything fans need to know about her including when she will go home.

Who is Bri Springs?

Bri is a 24-year-old half-Persian and half-Black woman who is from San Fransico Style Caster says. Apparently, she is the Communications Manager for a big company. However, she is not allowed to reveal which company that is. It must be pretty impressive if it’s that secretive!

Her Bachelor bio reveals even more about her.

“Bri is really something special. She was raised by her mother and grandmother who made countless sacrifices to give her a fighting shot at having a successful life,” the bio says. “For this reason, Bri has always outworked everyone around her because she learned early on that everything in life was earned not promised. Bri now works for a high-profile social media company and is very proud of her achievements, as she should be.”

Bri will actually make it pretty far in the season. In fact, she will get all the way to hometowns before Matt sends her home. That means she makes it to the final four.

Of course, Bri isn’t the only notable woman on The Bachelor last night. Kit Keenan was another woman who turned heads. She showed up in a blush feathery dress and so much confidence. It’s clear she’s going to be a big presence this season.

Kit’s fashion comes from her famous fashion designer mom, Cynthia Rowley. Cynthia is known for fun and magical designs. So, Kit’s fun feathery dress doesn’t come as a surprise at all. She’s following in her mother’s footsteps and has setup her own fashion brand.

It turns out, she is actually the youngest woman on the season coming in at just 21 years old. The fashionista is still in school in New York despite already having her own business. Usually, the youngest gets bullied on the season for being emotionally immature. Only time will tell if that same thing happens to Kit.

However, she seems pretty strong and confident so it doesn’t seem that she will take any bullying.

Did you watch The Bachelor last night? Let us know your favorite woman so far in the comments below.

’90 Day Fiance’ Friends Chris And Nikki Get Their Boogie On
Did Moriah Plath’s Boyfriend Reveal Her New Tattoo Before She Did?
‘Love After Lockup’: Lizzy Copeland’s Total Transformation
‘Shameless’: Noel Fisher’s Mickey Milkovich Wasn’t Supposed To Be A Main Character
Joanne Rogers, Widow Of Fred Rogers, Dies At Age 92