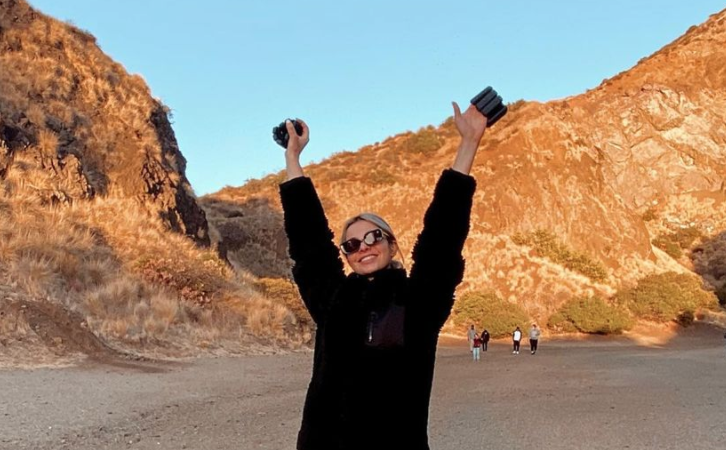 The Bachelor started last night and people are already picking their favorite gals on the show. One of those women is Kit Keenan. Kit made a dynamite intro into the show, and this doesn’t come as a surprise. After all, she has a famous mom.

Kit stepped out of her Bently last night on The Bachelor and Matt James definitely looked interested. She was wearing a short, feather filled light blush dress. While that may sound wild, especially on the first night of the show, she pulled it off.

Kit has short blonde hair and so much confidence. It’s no surprise Matt was taken aback. However, Kit may have been so fashionable because she has a very fashionable mom. Turns out, her mom is fashion designer Cynthia Rowley Bustle says.

Cynthia is known for her beautiful and whimsical designs. So, Kit’s feather dress comes as no surprise. Of course, she would be dressed like a whimsical princess.

Other than just having a famous mom, Kit has some other fun facts. The contestant is only 21 years old. This makes her the youngest woman on the season. Of course, this will come with some of its own setbacks as the youngest usually gets picked on for being emotionally immature. Only time will tell if Kit ends up with the same fate. She has already addressed this in her bio for The Bachelor though.

“Most guys she meets don’t match her maturity level,” her bio says.

Sounds like she’s pretty certain of what she wants.

Being just 21, Kit is still in school. However, she is following in her mom’s footsteps and has started her own brand.

What else happened on the episode?

On night one, fans got a good look at what the season will hold. There are already so many different personalities coming out in all of the girls. It’s clear there will totally be some drama.

With every new batch of people on these shows comes a villain. This season it looks to be Victoria Larson. She came dressed as a queen, which is fine. However, she continued the queen act all night and really made some enemies.

Not to mention, she pulled a classic villain move by talking to Matt twice while other women didn’t even get to talk to him once. Matt kept her last night, but it will be interesting to see how long she stays around.

Did you watch night one of The Bachelor? Let us know your thoughts about Kit and the rest of the ladies in the comments below.