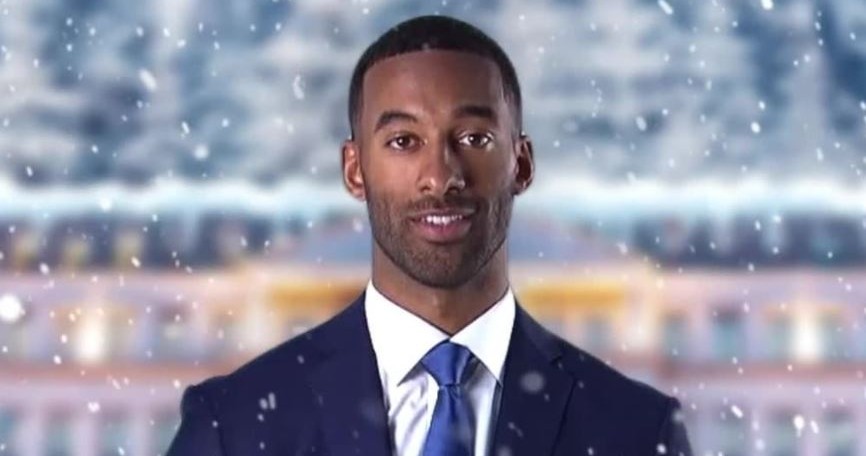 Today is a big day for Matt James. Season 25 of The Bachelor premieres tonight on ABC. And, now that his season is beginning to air, here comes all the media and interviews that goes along with it. Well, in preparing for today’s big interview on Good Morning America, Matt suffered an injury. So, what happened to him?

Matt James suffers injury prior to The Bachelor premiere

Matt’s injury could have been a lot worse. Fortunately, it wasn’t. It all happened while he was preparing for his big day as The Bachelor in his New York City apartment. He shared his experience on Good Morning America. He said, “I’m trying to stay in shape, I’m making a smoothie, I’m trying to clean my blender.” Matt continued while holding up his bandaged thumb, “It might’ve been samurai swords that were the blenders ‘cause I didn’t even feel [it]. I touched the blade and I’m dripping blood everywhere.”

Thankfully, the injury was pretty minor. Throw that in with the busy day Matt has ahead of him and it just adds to the stress. The journalist assured fans that Matt was okay. He then said, “It’s a new season of The Bachelor. You might be a little nervous this morning.”

And, while T.J. Holmes tried to get Matt to give fans a teaser about his current relationship status, The Bachelor wouldn’t share. In fact, he flat out asked Matt if he was in love. Matt just said, “Y’all are putting me on blast already!”

Matt is making history tonight as the first Black male lead in franchise history. He was asked in June to be The Bachelor after producers thought he would be a perfect match. Originally, Matt was supposed to be on Clare Crawley’s season of The Bachelorette. However, she called him out on Twitter for having a Cameo account. So, there was already friction before the season ever started.

Ultimately, it worked out for both Matt and Clare. She is currently madly in love with Dale Moss. They are engaged and planning their future. Matt’s season ending remains unknown. However, being The Bachelor is already a huge honor and will no doubt take him places. And, best friend Tyler Cameron feels Matt dodged a bullet by avoiding Clare’s season of the show.

Matt’s season premieres tonight on ABC and fans won’t want to miss this historic season. It all happens January 4 on ABC.