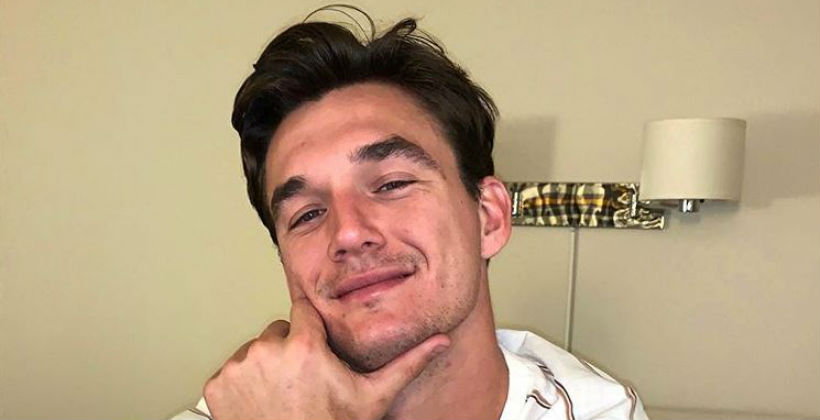 Tyler Cameron has been busy working hard and playing harder. However, he recently took time to dish what he really thinks about Clare Crawley making an early exit from The Bachelorette. Before the show started filming and Matt James was announced as The Bachelor, Clare seemingly dissed Matt. Of course, Tyler also has thoughts on that situation. Find out more below!

Tyler shares what he thinks about Clare finding love

US Weekly shared what Tyler thinks of all of this and more. If in fact, Clare found love in just 12 days, Tyler is happy for her. He said, “So, here’s my thing, if Clare found love in 12 days [I] love that [and] I’m stoked.” Tyler continued, “That’s great.”

Clare reportedly fell hard and fast for one of the men on her season. She fell so hard she decided she didn’t want to continue on being The Bachelorette. Tayshia Adams replaced her or rather became the second Bachelorette. Now, Tayshia is on the journey to find love. In fact, her journey should be winding down in just a few short weeks.

The situation between Matt and Clare

Matt James was originally one of the suitors lined up to date Clare. They shared some drama pre-filming while production was on hold due to the ongoing pandemic. Matt is Tyler’s best friend. They are roommates and seemingly spend tons of time together. So it’s no doubt Tyler has Matt’s back.

Clare shared a tweet back in April calling out one of her suitors for using Cameo. She accused them of doing the show for the wrong reasons and said they shouldn’t waste their time. Everyone believed Clare was talking about Matt, including Tyler.

Tyler said, “She came at my boy a little bit, you know, that tweet.” He continued, “And the funny thing is, is like Matt had a Cameo, but the guy she picked too had a Cameo. So, you know, it’s interesting.” Yes, that’s right. Clare’s final choice and man she reportedly loves also had a Cameo account.

Tyler said, “I wish [her] happiness because what comes with this show is tons of pressure after you start dating somebody.” He continued, “So, I hope that Claire and whoever she picks are able to kind of work through that and get past that and really focus on each other. I wish them success. I wish them happiness.”

Should we bring back some fun TBTs!! …Can anyone guess where/when this was taken!? Hint: wild humidity hair in full effect!

And, Tyler says he is excited to see how Tayshia’s part of the season plays out.

Don’t miss The Bachelorette when it airs this fall on ABC.