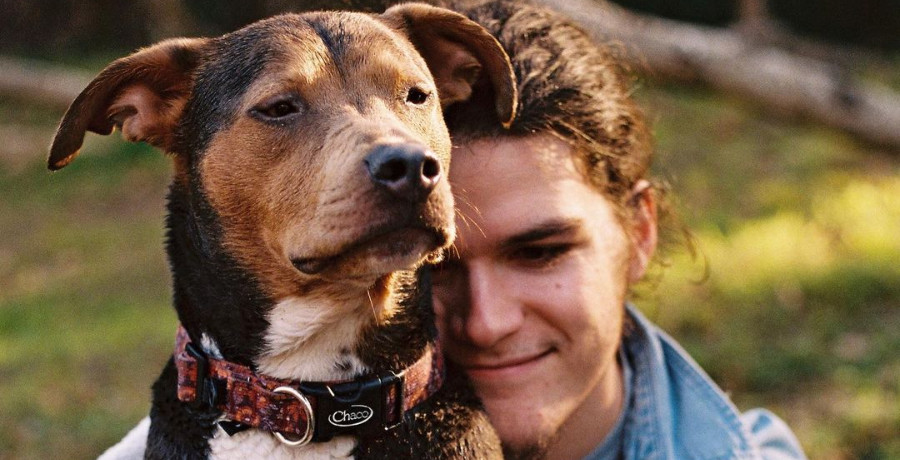 Little People, Big World star Jacob Roloff is under intense media scrutiny lately. In late 2020, he came forward with accusations against a producer on the TLC show. The normally reclusive Roloff alleges that a producer employed by the network molested him when Jacob Roloff was a kid.

In another vulnerable post, he shared about how his dog helped him cope with the trauma. Many of his Instagram followers agreed that dogs offer support for many of life’s hardships. However, he falsely dubbed Luna as a “service animal” and got called out for the mischaracterization.

It seems that his traumatic childhood experience is still affecting Jacob Roloff mentally, possibly even physically. He recently took to his Instagram to share one thing that helps him cope – his dog, Luna.

He wrote a heartfelt tribute to his four-legged friend. Among other sweet things, he called her his “buddy,” “protector” and “soother.” But his next words didn’t sit well with one of his followers. Jacob Roloff incorrectly called Luna his “service animal.”

He ended the caption with a poem from Mary Oliver’s “Dog Songs’ book of poetry. “What would the world be like without dogs?,” the poem asks.

Many fans agreed in the comments that dogs are the best. His followers shared stories about their own beloved canines. However, one follower took issue with the terms Jacob Roloff used to describe Luna.

The general public doesn’t know the difference between service dogs and emotional support animals. This is largely due to online scam sites that promise to certify any dog as an ESA for a small fee.

What most people don’t know is that these registries are illegitimate. In fact, there isn’t any official registration for service dogs or ESAs. And so, people in the disabled community find themselves constantly correcting people who simply don’t know better. That’s what happened in the comments to Jacob Roloff’s post.

The fan implored the LPBW star to educate himself on “the definitions of service animals vs. emotional support pet.” The follower conceded they could be wrong, but it seemed to them that the reality star was using incorrect terminology.

The follower wasn’t being a jerk. They explained why they brought it up: “Sadly, this is a much abused system and I always want people to join me in learning more.”

But the comments sparked others to jump in and defend Jacob Roloff. Even Roloff himself saw the comment and felt the need to respond.

According to Jacob Roloff, this isn’t the first time someone pointed out his error. In fact, he said that he has “received similar messages many times.” However, he doesn’t believe he is making an error. He writes, “In the U.S., service animal is the broader term that includes emotional support and emotional service animals. Service animals are not federally required to be “certified” by any recognized body, thankfully, but are still service animals…”

Furthermore, the LPBW star agrees that the system is subject to abuse, but that abuse is “by no means reason to curtail or overly-restrict the system itself, in my opinion.”

In his comment, Jacob Roloff seems to equate Luna with trained service dogs. However, based on his description, the dog is simply his ESA. Another of Roloffs followers chimed in that service dogs and ESAs are not the same under the ADA.

Despite the fact that both of the followers were correct, Jacob Roloff doubled-down on Luna being a service dog, insisting that the only difference between service dogs and ESAs is access to housing and travel accommodations.

The discussion continued, with the original commenter being slammed by others as “rude” for questioning Roloff.

While the discourse was educational, Jacob Roloff clearly refused to accept that his ESA is not the same as a service dog.

It may seem like a silly thing to argue over if a dog is a service animal or an emotional support animal. But in recent years, airlines have seen a huge boom of fake certifications claiming a pet dog as an ESA to get around the required pet fees.

Additionally, those fake certificates can require a landlord to allow dogs in a no-pet apartment.

But the airlines are catching on to the scammers. Most people may not know that in the U.S., the airline industry does not fall under the ADA. Instead, the airlines have their own version – the Air Carrier Access Act.

Some airlines started banning certain breeds from flights, even if they are ESAs. Not surprisingly, one airline is now banning ESAs completely. Alaska airlines will no longer accept ESAs, but service dogs will be allowed. The problem is people can buy a service dog vest off the internet and pass their pet off as service animals.

‘LPBW’ Jackson Roloff Has What It Takes For His Own Show?
Did Todd Chrisley Just Call His Daughter Lindsie Toxic?!
Jeremiah Duggar Forced To Start Business After ‘Counting On’ Cancelation
Amy Roloff Gets MUSHY As Her Wedding Countdown Begins
Artem Chigvintsev And Nikki Bella Celebrate Their Son’s First Birthday