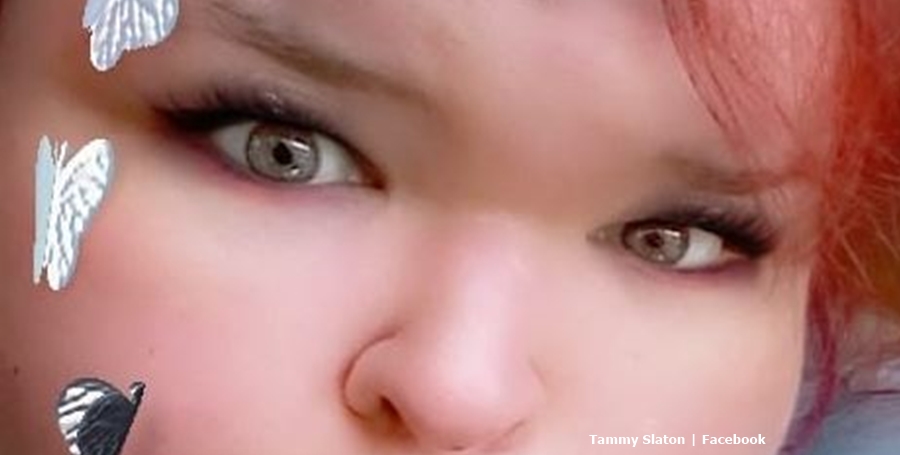 1000 LB Sisters fans sometimes get a good talking to from Tammy Slaton. When she posts on YouTube, if trolls get into her comments, she tells them not to be so nasty. The TLC star also tells people off for asking too many questions that might lead to spoilers. But she also makes an effort to talk to fans who drop in on social media. So, her fans appreciate that.

Tammy Slaton recently took to her Instagram and gave her fans what for. She literally told them off for asking too many questions. Fed up with thousands of questions about the baby, weight loss, surgery, and more, she told them she’d had enough. After all, she dare not answer them in case people spread her answers around and they become spoilers. Actually, she sounded a bit angry that fans try and trip her up into delivering some juicy tea. And, all TLC fans know they could break their NDA if they say the wrong thing.

Tammy actually struggled with a lot of depression during the COVID-19 quarantine. And in fact, she ended up very sick with the virus. The Courier-Journal reported that in an email, the 1000 LB Sisters star told them that  “depression is a major reason why she’s struggling to lose weight.” But thinking of others, she noted, “I know a lot of people out there are going through this too.” And she wanted them to know “they are loved and…they are not alone.”

Fans see that Tammy put back all the weight she lost in Season 1 of the show. Plus, she’s not well. And, her mental health isn’t great either. Most fans encourage her and love her to bits. But quite often, trolls slam her for her weight. Some of them even put up horrid vomiting emojis. And that certainly won’t help her state of mind. And yet somehow, she still interacts with fans. Especially those who don’t say horrid things about her.

The 1000 LB Sisters star might not write a lot of words. And possibly, it exhausts her answering all her DMs. But she responds. And a lot of TLC stars don’t. Quite often, they just post and run. More often than not, they just post up a promo anyway. Or, some silly drama. On Facebook, Tammy interacted with a few fans and thanked those who say they feel “excited” about the upcoming season.

She also sounded very happy when a fan told her to “ignore the haters.” And they said she could call on her if she “ever needs anything.” Tammy said, “Thank you so much. I appreciate that.”

The 1000 LB Sisters star also chatted with fans about how their Christmas went. So, if you want Tammy to answer your messages try keeping it light and supportive. After all, she makes a real effort to interact when she can.