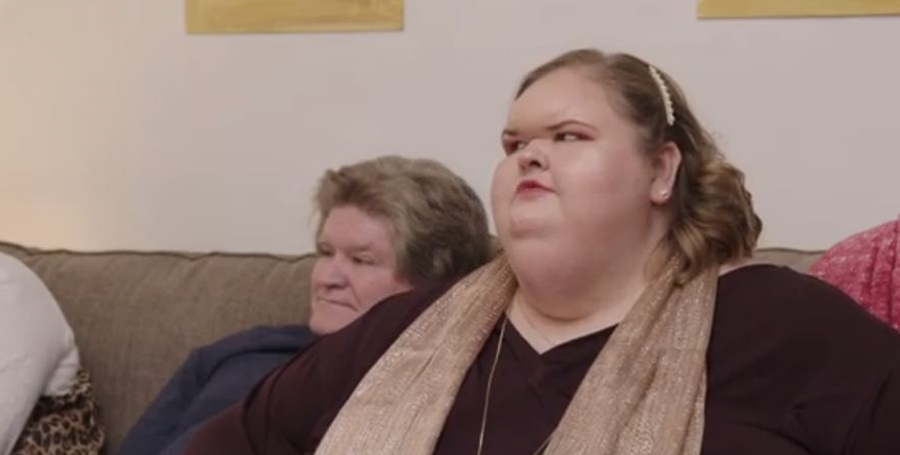 1000 LB Sisters spoilers emerge ahead of the season. Actually, some of those spoilers came from the way Tammy Slaton answered questions on social media. Now, Tammy slammed fans who persist in asking questions and says that spoilers won’t come from her or Amy. So, she wants fans to just stop with all the questions. The show returns on January 4 on TLC. So, fans don’t need to wait much longer, anyway.

We reported that Tammy posted in answer to some questions about Amy’s pregnancy. Fans know from official TLC teasers that Amy fell pregnant two years before her doctor recommend it. But, little else came along other than her doctor feeling concerned. Nevertheless, probably inadvertently, Tammy gave a few spoilers about the pregnancy and the baby. After saying she couldn’t talk about it, Tammy let a few things out.

Possibly, the two 1000 LB Sisters star’s got a talking to about letting out anything when answering questions. On January 2, Tammy took to Instagram and spoke about questions and spoilers.

In her Instagram post, Tammy said, “Listen we get ask these questions thousand times a day, (sic).”  Then she explained that their contract doesn’t allow them to talk about “weight loss,” “surgeries,” and the “baby.” In a rather complicated roundabout way, Tammy noted that people might pass on information when they get answers to questions. And of course, they end up spoiling the show.

1000 LB Sisters spoilers mean that ratings might fall. Tammy added, ” if the ratings go down no way [we] get paid so we’re not allowed to talk about it.” Angry, Tammy said that people don’t stop and think or even “care” about them. Taking the opportunity, she also slammed fans who forget that they have feelings. Tammy talked about how they can’t always be “prim and proper and Miss Mary sunshine.” Clearly, she took aim at trolls who say nasty things about the two women.

In the comments section of the post, fans spoke up in defense of the two TLC stars. One said, “Stop stressing these ladies. Be patient and just watch the show this Monday.”

Then, this comment came in: “STOP STRESSING OUT THESE LADIES! Tammy no worries about people who don’t care. There are many others who do. We will wait and watch.”

It certainly seems way too easy to give away 1000 LB Sisters spoilers when people ask questions. And obviously, Tammy and Amy stress about losing potential income. So, many fans agree the fairest thing would be to just stop asking questions and wait for the show.

‘Bachelor’s’ Kit Keenan and MJ Snyder Get Dragged For Similar Apology
Does The ‘Below Deck Med’ Season 5 Cast Still Get Along?
TLC’s First Look At ‘My Feet Are Killing Me’ Leaves Viewers Disturbed
What ‘DWTS’ Star Thinks They Can Win ‘Big Brother?’
‘DWTS’ Pro Alan Bersten Says Goodbye To One Of His Heroes