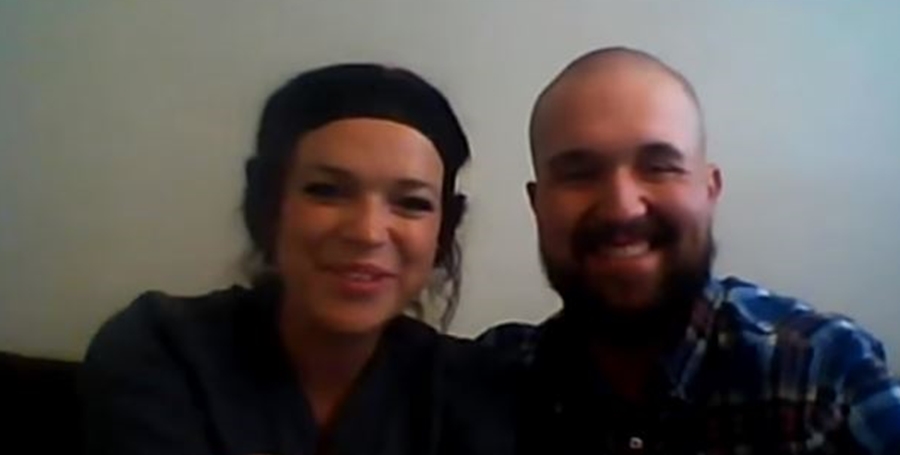 You might recall, way back in about 2017, Maddie and Caleb talked about their future children. Back then, Caleb said he’d be the soft one with the kids as he’s a “total pushover.” So, when we reported that the couple plans a quiet Christmas with just the kids at home, fans suggested they spend the morning playing with the kids and their new toys. Undoubtedly, Caleb gets himself down on the carpet with both of them and patiently devotes his attention to them.

Maddie Brown Brush shares on Instagram and quite often, fans see Caleb with the children. Actually, he comes over as rather quiet. But clearly, he dotes on Axel and Evie. And, Maddie seems tight with him. Recall that all she could do when she went into labor with Evie was cry out, saying she just wanted him there. Monsters and Critics reminds fans that he works hard. And on the day she went into labor, he worked a few towns away. So, it took him time to get to her. But when he’s home, he always makes time for his children.

Ahead of Thanksgiving, before Hunter Brown joined them for their celebration, she shared a photo of Caleb sitting at the table with Axel and Evie. Maddie said she shared the post to show Caleb some “appreciation.” In her caption, she talked about his long and hard day at his “physical labor job.” But he made the time for the kids on his return. So, he ate his dinner while chatting with them. Plus, he managed to get them to eat food they previously rejected.

Next, the Sister Wives‘ dad made more time for them before they went to bed. Maddie Brown Brush noted, “I fall more in love with him watching him father our kids! His patience always astounds me.” TLC fans reacted to the post and lots of them talked about parenting goals. Fans sent as much love to Maddie for her efforts as a parent as they did to Caleb. Both of them made some serious decisions about Evie K, born with challenges brought about by her FATCO syndrome.

Fans adore that Caleb is so good with the kids

One Sister Wives fan commented, “You are both awesome parents ♥️♥️♥️.” Then, another one commented, “That is a great father. So nice that you acknowledge and appreciate his actions.” This comment also came in: “You deserve a good man. You and Caleb, Axel and Evie make a great family 💕❤️.”

Many similar sentiments came in and loads of people agreed that Caleb’s a”keeper.” Plus, others told Maddie Brown Brush men like Caleb don’t come around every day. Do you agree? Sound off in the comments below.

‘Married at First Sight’: Dr. Jessica & Jon Have A Fun Night In
Stassi Schroeder Shares First Postpartum OOTD, Talks Body Issues
Kim Kardashian Wins Major Asset In Divorce From Kanye West
Hallmark’s ‘It Was Always You’ Is A Hit! Will There Be A Sequel?
Wes Ramsey Claps Back At ‘General Hospital’ Vet Tristan Rogers