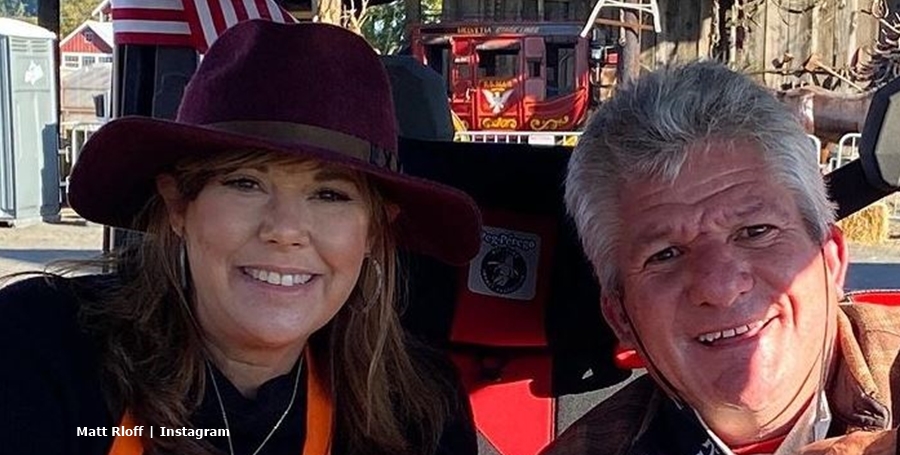 Matt Roloff and Caryn Chandler made their relationship Instagram official in 2017. Since then, they seem closer and in a good place. So, fans ask them practically every day when Matt plans on putting a ring on her finger. Sometimes, he says he plans on it. And other times, the patriarch of Little People, Big World says they don’t rush anything. And Caryn said before that when the time is right they’ll know it. Well, is the time right? Did Matt just hint at a timeline for the big bling ring?

Last season, Matt and his dad talked about him marrying. If you recall, his dad suggested a dual wedding with Amy and Chris Marek. Which went down like a lump of hot coal. At one stage, Matt suggested they might tie the knot after Amy and Chris. But it’s all up in the air. And, on the show in November, Caryn seemed unenthusiastic about talking specifics. But now fans know Amy officially declared she and Chris marry in 2021, Matt might have a better idea of a timeline.

On January 3, we reported that Matt Roloff and Caryn went back to Arizona. Matt said that he loved the warmer weather as Oregon was freezing. He told his fans he soaked up some vitamin D. Plenty of Little People, Big World fans wished Matt and Caryn a wonderful 2021. And, a lot of them told him to put a ring on her finger already. Most people who visit Matt’s Instagram love the idea of Caryn and Matt as a couple. And now, Amy’s moving on with Chris, why not?

In the comments section of Matt’s Arizona post, one TLC fan wrote, “What a beautiful photo of you and Caryn! I will say by the pose she was in I was hoping to see shiny new bling on her finger!!! You two are so perfect for each other and life is to short not to grab every moment you can!!!❤️❤️❤️❤️.”

Well, Matt Roloff replied. And he said,” I’m working on the idea. A prediction… by this time next year —- bling on.”

There you have it, folks. At least we know that Matt plans for it sometime this year. Actually, the possibility exists that they always planned on Amy and Chris settling down as a married couple first. After all, anything else would probably detract from Amy’s happy day. Nobody knows for sure that date Amy set for the wedding. But she confirmed recently that 2021 brings it on.

What do you think about Matt Roloff sounding like he might actually commit to tying he knot with Caryn this year sometime? Or at least loading her up with a big fat engagement ring? Sound off your thought sin the comments below.

‘Below Deck’ Kate Chastain & Ben Robinson Get Cozy On The Couch
Danielle Busby Brags She’s Not A Regular Mom, She’s A ‘Cool Mom’
Clare Crawley Commemorates One Year With Dale Moss
Todd Chrisley’s Daughter Lindsie On Rampage Amid Divorce, Cops Called
Todd Chrisley Reaching Out To His Hurt Child, Which One?