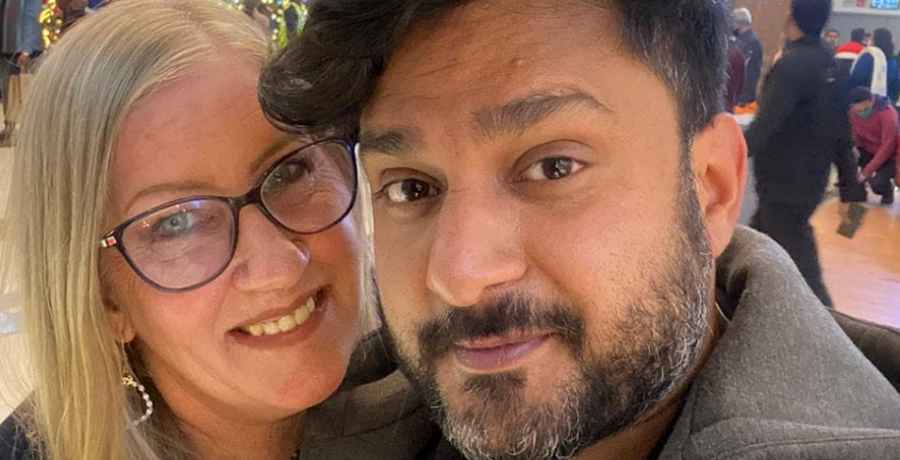 Like most of us, 90 Day Fiance: The Other Way stars Sumit Singh and Jenny Slatten have had a rough year in 2020. What with being in quarantine in India, fighting with Sumit’s parents and all, it hasn’t been fun. However, Jenny did apparently have a great New Year’s Eve. This is evident from a video clip on her Facebook account.

Last season on 90 Day Fiance: The Other Way, Jenny Slatten, 62, and Sumit Singh, 32, really had it rough. Besides the fact that this was Jenny’s third visit to India, one thing happened after another. The first time she visited, she stayed with Sumit’s parents for four months. At first, they believed she was a “Facebook friend” of their son’s until they caught her sneaking into Sumit’s room at night.

Later, she packed up her home in Palm Springs to move to India to be with Sumit for good. However, this went horribly wrong when she discovered Sumit was already married. He had neglected to tell her this fact. Sumit’s parents had forced him into an arranged marriage, rather than letting him be with Jenny. Slatten was naturally devastated to find out and returned home to Palm Springs.

Later still, Sumit convinced her he was in the process of getting divorced. So, Jenny once again headed to India to be with her love. However, his parents were still a huge problem. Due to the big age difference, they refused to give their blessing for Jenny’s marriage to their son.

Sumit’s mother threatens to kill herself

In recent episodes of 90 Day Fiance: The Other Way, we experienced the problems the couple had. However, along the way, Sumit did manage to get his divorce from his wife, at great expense. While this was something to celebrate, their problems were far from over. Jenny and Sumit still needed Anil and Sahna’s blessings to be able to get married. However, it was pretty clear that wasn’t happening anytime soon.

Sumit and Jenny decided to pay a visit to a marriage lawyer to find out their rights. It turns out if they married a certain way, they wouldn’t need Sumit’s parents’ blessing. The couple was overjoyed and started planning their ring ceremony. At first, they were going to go ahead, without inviting mom and pop. However, due to feelings of guilt, they decided to visit Anil and Sahna one more time in an effort to get their blessing.

This visit was the most horrendous experience yet for Jenny, with Anil saying horrible things. Among these, he suggested his son get another oldie, maybe one who is 100 years old. However, it was Sumit’s mother who added the cherry on top by saying they would marry over her dead body. While this is a common saying, she actually meant it. Sahna literally said she would kill herself rather than see Jenny and Sumit wed. Apparently, this wasn’t even the worst of it. 90 Day Fiance host Shaun Robinson said their story was much worse than shown on TV.

Are Sumit and Jenny still together?

At this stage, it is unclear if the 90 Day Fiance stars did actually marry. We do know Jenny’s visa was soon to run out and without it, she couldn’t stay in India. However, we also know they are together and happy.

Jenny posted a video clip to her Facebook account, showing her dancing and having a good time on New Year’s Eve. She captioned the image, “Jenny was enjoying too too much on New Year’s Eve with good friends Deepali and Shantanu who we love so much.” Enjoy her performance in the video clip included here.

In the meanwhile, fans can watch Season 8 of 90 Day Fiance on TLC, Sundays at 8 pm ET.