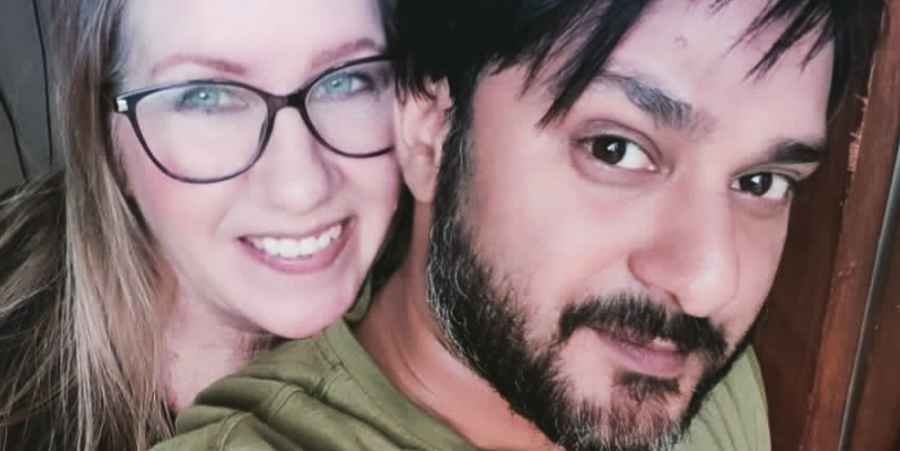 Fans have watched the heart-wrenching story of Jenny and Sumit’s fight with his parents. Anil and Sahna, on 90 Day Fiance: The Other Way. The storyline included Sumit’s mother threatening suicide should they wed. Surprisingly, while TLC has been accused in the past of overdramatizing scenes, this story is different. According to Shaun Robinson, who will host a new spin-off, 90 Day Bares All, we didn’t see the more disturbing details of the fight.

At present, it is unclear if the 90 Day Fiance: The Other Way Tell-All is still coming. Shaun Robinson, who hosts the reunions and tell-all shows, recently revealed news of a new spin-off show. Set to premiere on January 4 on Discovery+, 90 Day Bares All will have new episodes each week. In those episodes, the cast members will truly bare it all.

Speaking of the new spin-off, Shaun Robinson claims more will be revealed about the fight between Jenny, Sumit and his parents. She said some crazy and never-before-seen events between them will be aired.

Season 2 of 90 Day Fiance: The Other Way ended a week ago and fans are currently left in the air. They don’t know if TLC will air a reunion episode to finally give us an update on each couple’s relationship. During the explosive fight, Sumit, 32, even got down on his knees to beg his conservative Hindu parents to accept Jenny and their daughter-in-law.

The parents refuse to give their blessing, as Jenny is around the same age as they are and the fight got nasty. It included his mom, Sahna, using emotional blackmail, by telling Sumit their wedding would be over her dead body. She actually threatened to commit suicide if he married his American girlfriend. It is hard to imagine anything worse than that fight, but apparently, there are more juicy details coming soon.

In the meantime, Shaun is hinting at more juicy, behind-the-scene things that couldn’t be aired on 90 Day Fiance. Speaking to ET, Shaun brought up a moment from a previous season. She mentioned that Sumit’s family came to their home and told Jenny he was still married. Fans will remember that his parents forced Sumit into an arranged marriage to try and avoid the Jenny problem. Sumit had neglected to tell her about this.

24 hours later, a producer arrived at the house and got some inside details that have never been aired. The producer claims to know exactly what happened between Jenny, Sumit, his parents and in-laws that he plans to air on the new spin-off. Shaun, 58, added, “It is so much worse [than what you saw on TV] and now I know why we could not show it on regular TV, but here we can show it.”

Fans got to watch the video below on 90 Day Fiance: The Other Way. This is as Jenny admitted Sumit’s father-in-law had come to her door. While this is harrowing, Shaun says the reality was much worse than this.

Final episode of 90 Day Fiance: The Other Way

In the finale of 90 Day Fiance: The Other Way, Jenny and Sumit were unable to get his parents’ blessing. As noted by Screen Rant, in the fight, they brutally trolled Jenny, 62, about her age. Anil and Sahna told her she was too old for their son. Anil even suggested Sumit get a 100-year-old girlfriend, saying there are plenty more oldies around.

It is hard to imagine what we didn’t get to see, but Shaun promises it is coming on 90 Day Bares All. We will just have to wait until the new spin-off airs on January 4 on Discovery+.

AWW!!! Jackson & Lilah Roloff Have Melted Mama Tori’s Heart
‘Below Deck Sailing Yacht’: Chef Natasha De Bourg Shares Biggest Regret
Maddie Brown Brush Is Proud Of Her Mom Janelle & Here’s Why
Kim Kardashian Spills What She Wants From Her Next Husband
Which Duggar Courtships Seem To Be In The Works?