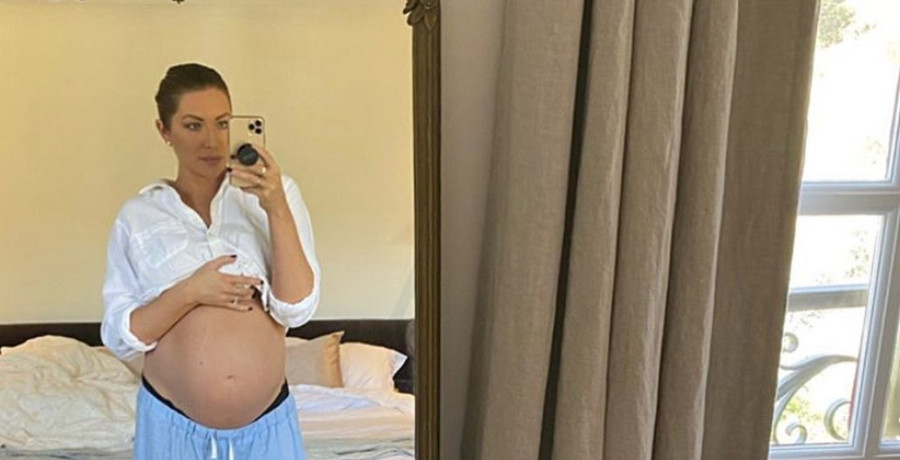 Vanderpump Rules alum Stassi Schroeder is around 40-weeks into her pregnancy. And she is officially over it. She has tried several different things in the last few days to induce labor. However, nothing has worked yet. After her latest attempt failed, Stassi took to her Instagram Stories to show that she is fed up with waiting for “Baby H.”

In the days before the end of 2020, Stassi Schroeder was at her wit’s end waiting for her baby to arrive. In June of 2020, she made the shocking announcement that she was expecting her first baby with then-fiance Beau Clark. The announcement came around a week after she was fired from Bravo for racially insensitive behavior.

At the time, her PR rep simply said: “early January” as her due date. While Stassi has given updates about her growing bump, she never specified the due date. However, days before Christmas, she posted a photo of her at 38-weeks pregnant, the typical delivery period for expectant moms.

However, a week later, her baby still hasn’t come. So, Stassi is getting impatient. In an effort to speed up her little girl, she tried a variety of different methods. But none of them work. Therefore, she asked fans for advice and it seems several of them had two words for Stassi: Taco Bell.

On December 31, she posted several snaps to her Instagram Stories of her trip to Taco Bell with Beau Clark. The couple married in an intimate backyard wedding in September after postponing their Italian destination wedding.

On January 1, Stassi was back on her Instagram Stories. And no, she didn’t have her baby yet. She didn’t seem amused by her baby’s delay. She shared one shot of her lying on the couch, her baby bump visible.

In another photo, she took a mirror selfie. Underneath the shot, she wrote “Epic Fail Song’ as Song a Day. It seems that the Taco Bell trick didn’t work either.

At least Stassi will have a ‘Capricorn’ baby like she wants, as Hollywood Life reports.

Beau Clark and Stassi Schroeder are very excited about their pending bundle of joy. However, they are thinking about more than the baby’s OOTD (Outfit of the Day.) Beau posted a video to his Instagram feed about their decision to ‘bank’ the baby’s stem cells. He thanked fans for their help in making the decision.

In the video, Beau answers frequently asked questions about the process of banking stem cells. He shakes his head no when certain questions appear on-screen, such as if the procedure hurts the baby. He nods his head in the affirmation about if the cells can be used on siblings.

Are Stassi and Beau planning to have more kids after Baby H’s arrival? Possibly!

At this point, Stassi fans are getting as impatient as she is for her baby to arrive! Hopefully it will be soon. Follow us on Facebook for all the latest news.