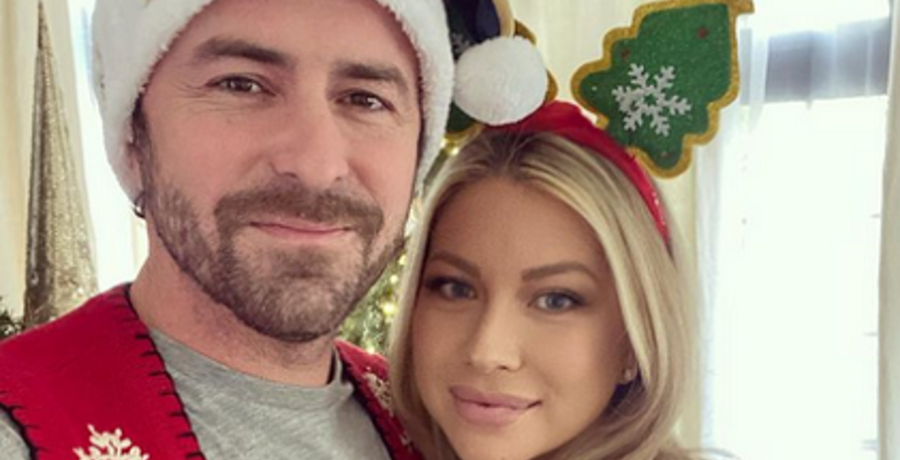 Stassi Schroeder may have teased her baby girl’s name. The Vanderpump Rules star has been sharing photos and videos of her Christmas Day with husband Beau Clark. The couple is in lockdown at their Hollywood Hills home. They’re getting ready for the birth of their baby. In June, Stassi and Beau announced they’re expecting their first child.

They also revealed that they’re having a baby girl. Stassi has been counting down the days ever since. She can’t wait to dress up her little girl. Now, she’s sharing some of the gifts that her future child received on Christmas Day.

Check out her baby girl’s nickname

On Friday, December 25, Stassi Schroeder took to her Instagram Stories to share the special parts of their day. But one post may have revealed their baby girl’s name. Stassi shared a clip of two white wall decorations that are adorned with sparkly pink and silver hearts.

“My mom made these adorable wall hangings for Baby H,” she wrote on the caption.

Stassi hasn’t revealed her baby’s name until this moment. It looks like she and Beau have decided on a name. Before this revelation, Stassi didn’t even mention baby names. She just had a few in mind, but she didn’t specify which names. But it looks like her name starts with an “H.”

Also, on Christmas Day, Stassi Schroeder took Instagram to share a selfie of herself with Beau Clark. She wrote: “Just us two this Christmas. Stay safe, b*tches.” The photo received over 239,000 likes. Fans, followers, and friends took to Stassi’s post to share their holiday greetings.

Then, Stassi followed up with another post. This time, she shared a clip, writing, “Merry Fricken’ Christmas. Hire me for your next event.” In the three-minute video, Stassi made a yule log. Beau told his wife, “Don’t f*** it up.”

Stassi wore a dark green sweatshirt with festive leggings. She also had a mistletoe headband. The former Vanderpump Rules star was nervous and frantic. She wanted to get it right and it turned out good.

Stassi Schroeder is waiting for her “little Capricorn”

2021 is already gearing up to be her year. Stassi Schroeder recently showed off her baby bump as she counts down to the due date. Her baby is due sometime in early 2021. While the former Vanderpump Rules star had a difficult 2020, but she will be welcoming the new year. On Tuesday, December 22, Stassi posted a mirror selfie on her Instagram Stories.

In the post, she revealed that she’s 38 weeks pregnant. Stassi wore a black bra with matching pants.

“It’s official. In the clear for a Capricorn baby,” Stassi wrote in a follow-up post.

The birth sign falls between December 21 and January 21, per Hollywood Life. So, not only is Stassi in the home stretch, but she is also within that window for her little girl. Most pregnant women typically give birth between the 39th and 40th week of their pregnancy. Stassi is excited to be a new mom soon and she’s making sure her skills are on point.

What name do you think Stassi will choose for her baby? Sound off below.