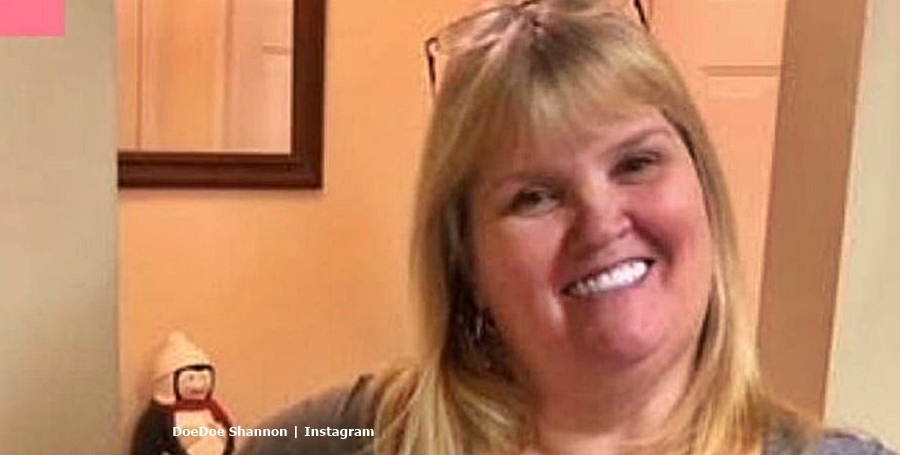 DoeDoe Shannon rapidly rises in popularity with WEtv fans. So fans seemed very happy when she told them she celebrated a special day on December 30. Hopefully, she heard from her sister Mama June as well. Fans always liked DoeDoe even before she featured a lot more on the Not to Hot series as much as in recent years. So, many of them sent in their congrats.

DoeDoe took to her Instagram and shared party balloons and some gifts that she got on her birthday. Telling her fans all about it, she said, “Had a great birthday and dinner to go from Olive Garden. All in all a great day. Thank you to everyone who sent birthday wishes and my gifts.” Then, she tagged several members of her family, including Pumpkin and Honey Boo Boo.

One of DoeDoe Shannon’s photos revealed she received some nice looking jammies. And, someone gave her a lovely flower arrangement. Another photo revealed her new Hand-Held 2 Blade Spiralizer. No doubt she soon heads for the kitchen to whip up something yummy. Along with that, she also revealed her Cactus Blossom and Lavender Vanilla.

Fans send in their birthday wishes for DoeDoe

Hundreds of people said to DoeDoe, “happy birthday.” Those people who share a birthday with her received best wishes back from the Mama June: From Not to Hot star. It looks like the Blade Spiralizer’s a great choice as a gift for Mama June’s sister. On December 19 we reported that she finished up her Christmas shopping and couldn’t wait to start baking tasty treats for Christmas Day.

Hopefully, she didn’t overindulge in too much high calorie food. Like a lot of the people in June’s family, they seem inclined to grow a bit too thick if they eat too much. Recently, she had something of a makeover and looks fabulous fans agree. In April, The Blast noted that she spent about $60k on fixing up her teeth. So, she’s all pearly white and gleaming when she smiles these days.

Why is DoeDoe so popular these days?

For a long time, fans never took too much notice of DoeDoe as the focus of the show mainly looked at June and her daughters. However, when June started her dangerous slide with drugs, DoeDoe helped in putting together the family intervention. And, in the Family Crisis season, fans saw her desperately hunting for June to bring her home safely. News also emerged that during the COVID-10 pandemic, she helped prepare meals for those less fortunate.