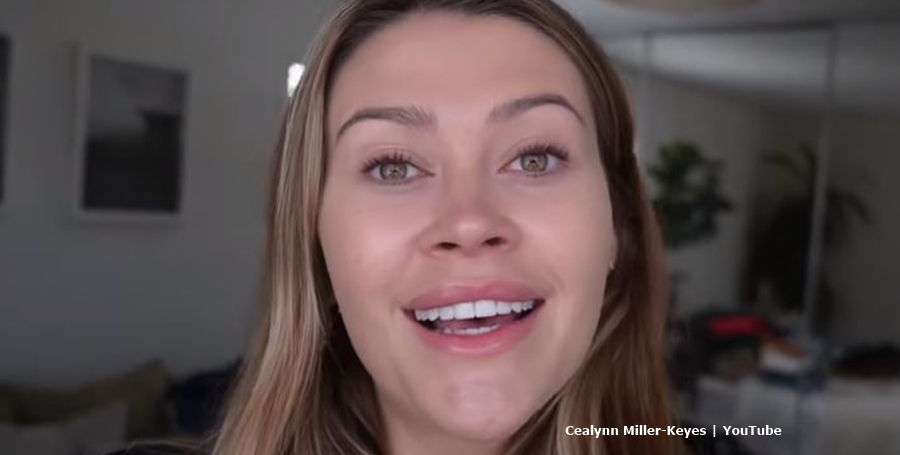 Caelynn Miller-Keyes and Dean Unglert spent a lot of time living in their RV and traveling. When they were at home, they stayed in her small apartment. But now she’s so excited as they moved into their new home. A few days ago, she shared on her YouTube vlog about why they moved. And they hoped to be in it before the New Year.

Caelynn Miller-Keyes and Dean Unglert get settled in new home

In her YouTube vlog, Caelynn sprinkled her story about them moving with a few other anecdotes. She showed them going off to play tennis, which failed. Plus, she talked about Pappy their rescue dog. She said that their decision to move out of the apartment took the old doggie into consideration. The new place comes with both a back and front yard. Caelynn noted that cooped up in the apartment makes Pappy feels sad. It certainly sounds like he’s his “dad’s” doggie.

The Bachelor in Paradise star also felt rather cramped in the old place. She said that she always spends her time cleaning. After all, small and cluttered takes a lot of cleaning and tidying to keep it looking good. The vlog came three days ago. And, at the time, she said she hardly even “started packing yet.” But Caelynn Miller-Keyes took to Instagram on December 30 and confirmed they already moved. She shouted out the professional movers who helped them.

Did Caelynn and Dean rent or buy?

When Caelynn shared the photos on Instagram about her move, one fan asked, “How? Can you tell me your secret? Traveling all over and you’re able to buy a house? Amazing.” Well, it seems like they rent. In her video, Caelynn said they met with their “landlord” who told them could “move in whenever” they want. Other Bachelor in Paradise fans also talked about how she and Dean seemingly just play around traveling. So they also questioned how they can afford a new place.

Well, Cealynn Miller-Keyes isn’t exactly unemployable. She worked as a social media consultant. Plus, TV Overmind reminded fans that she “graduated from Virginia Commonwealth University with a degree in Broadcast Journalism.” At one stage, she probably traveled a lot, in fact possibly more than Dean. In fact, she made a living out of travel. Plus she had a successful pageant career. So we suspect she can easily afford some rent money.

Dean also attended higher education. In fact, he “graduated from the University of Colorado with a B.S. in Business Administration and Management.” Maybe he still works with tech employment placement. And, likely he makes something off his travel blog as well. Maybe moving into their new rental with more space means Caelynn Miller -Keyes and Dean plan for a more settled life in the future?