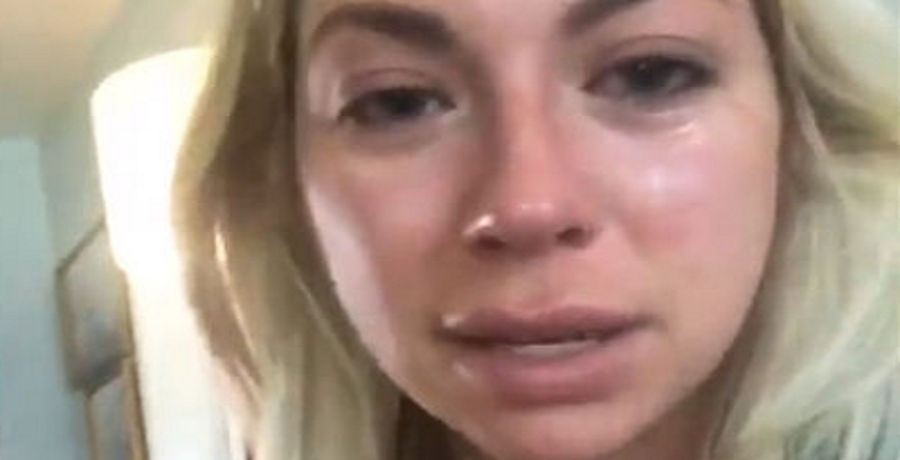 Stassi Schroeder is showing how “hard” and “painful” pregnancy can be. The Vanderpump Rules alum keeps it real with her journey. In June, Stassi and Beau confirmed the news that they’re expecting their first child together. At the time, the couple announced that they’re having a baby girl.

Ever since then, Stassi has been sharing her pregnancy journey with her followers. The reality star sure makes it looks easy in her Instagram posts. Mostly everyone agrees that she looks incredible as a mom-to-be. But behind those smiles, Stassi admits that pregnancy isn’t always easy.

The former Bravo star is ready to give birth. Stassi Schroeder has been counting down the days. She can’t wait to give birth to a “little Capricorn,” as previously reported on TV Shows Ace. The member of the Witches of WeHo coven got excited during the full moon.

On Tuesday night, December 29, Stassi shared a photo of the glistening moon on her Instagram Stories. She included the caption: “Full moon in Cancer work your magic on my uterus.” But then she showed a realistic side to her pregnancy. On Wednesday, December 29, Stassi posted a selfie of herself in tears.

In the lengthy post, the 32-year-old talked about the unpleasant side of expecting a child.

“Real talk – pregnancy is hard,” Stassi wrote. “I don’t feel like myself. I don’t feel attractive. I feel like I have zero control over anything. I’m uncomfortable and it’s painful to move around. And my emotions are so all over the place. I feel insane.”

Ever since the baby news over the summer, Stassi and her husband Beau Clark have kept fans up to date on how they’re preparing for their little bundle of joy. However, not all of her fans are happy with her content. Stassi revealed that some of her followers tell her that she “complains too much and should shut up and just be thankful I’m pregnant.”

“I’ve never been more thankful for anything,” Stassi continued. “Being a mother was my biggest dream and I can’t wait to meet my daughter. But I’m still allowed to struggle with it.”

Stassi Schroeder concluded her message with a question for her followers. She wrote: “Why is there so much pressure on pregnant women to be superheroes? Can we stop that now?”

Stassi isn’t the only one dealing with trolls. Her fellow Vanderpump Rules alum Brittany Cartwright dealt with body-shaming trolls. But she’s not letting them steal her spirit. She continues to post photos of her baby bump on her Instagram Stories.

As fans know, Brittany always wanted to have a baby. And she’s not letting anyone ruin this moment for her. Body-shaming is common among pregnant women – especially when social media is concerned. As for Stassi, Brittany, and all other pregnant, it’s best to stay off social media for the time being so they can have a peaceful and blissful pregnancy.

What are your thoughts on Stassi’s post? Sound off in the comments below.

Tammy Slaton Might Be In Legal Hot Water: Wait, Is She Being Sued?
Duggar Fans Not Impressed With Family’s Response To Josh’s Allegations
Bode Roloff Cuts Seven Teeth At Once – How Does Audrey Cope?
‘Extreme Sisters’ Brittany & Briana Celebrate First Mother’s Day
Tammy Slaton Turns Off IG Comments: Did She Really Scam Fans?!