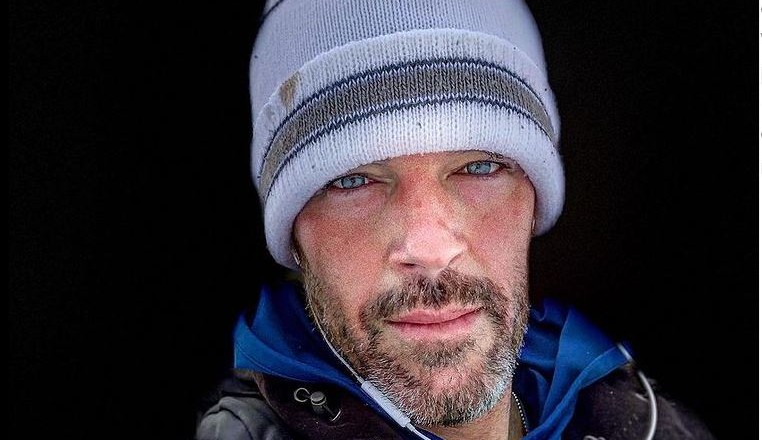 Ryan Sutter announced recently that he was going through a rough time in his life. Trista Sutter initially spoke out and asked for prayers. She explained that Ryan had been suffering with a mysterious illness for months. The news of his ill health first came on November 30. Since then, Ryan has been open about what he’s going through and the answers he still seeks. And, as this year comes to a close Ryan shares what he has learned with his followers.

Ryan went to Instagram to share his thoughts with fans. He shared multiple photos with his post. One is a beautiful family picture with Trista and their two children. Another is of all the vials of blood taken to help diagnose his illness. And still another was notes of encouragement and well wishes.

Ryan started his caption off saying, “I’ve learned a lot about resiliency this year.  I’d imagine we all have?  For years I followed the ideal laid out by Gandhi that strength was measured by an indomitable will.  I pushed myself to develop a mindset that would not give up, give in or give off any sign of weakness.”

He continued saying, “I did this mostly on my own, choosing solitude as my practice ground. Though I had breakdowns, few ever saw them.  Mostly I internalized difficulty and distracted myself from its presence through physical exertion.  It worked for me.  I felt confident.  I felt resilient.  Until this year…” 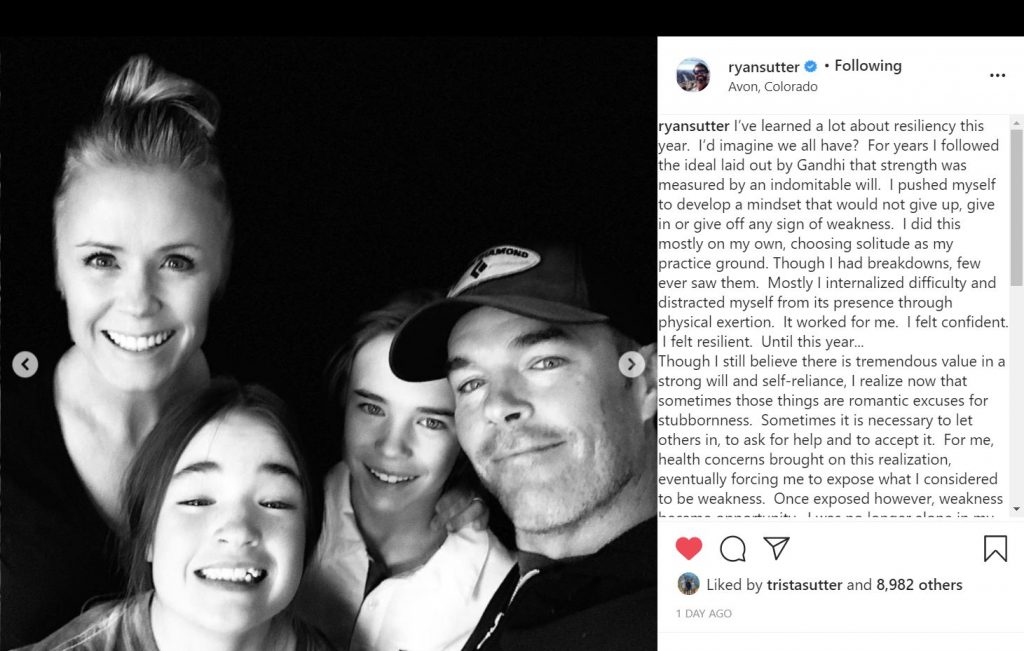 This year changed him

Ryan continued on in his post saying that he realizes now that being strong willed and relying on himself is simply “romantic excuses for stubbornness.” He continued saying he realizes now that sometimes one must ask for help and that is okay. He had to do this when his health issues became too much. The situation forced him to expose what he believed to be weakness. He said, “Once exposed however, weakness became opportunity.  I was no longer alone in my struggle.”

Ryan went on to say everyone has rallied behind him. His wife, his friends, his family and his colleagues.  For this Ryan is extremely grateful.

He went on to say, “My intent in sharing this is to make a single point…
Resiliency is not a solo act.  It is not expected nor probably even possible for a single person to provide the entirety of their own resilience.  I will always work to increase my personal tolerance of adversity and challenge my ability to be self reliant.”

Ryan concluded his post saying, “However, I know with certainty that I can not solve every problem – that suffering is not always overcome by an indomitable will.  As difficult as it may be, soliciting the help of others is a critical step in moving forward through difficult times.  I appreciate all the help I have received and know that through it I am a better, stronger, more knowledgeable and more resilient man.  #thankyou #life.”

Hopefully, 2021 will bring answers to Ryan and Trista. Many have offered words of support, offered suggestions on possible causes of his symptoms and prayers. With the help of all their followers and amazing medical staff perhaps Ryan will find out what is ailing him.