Julie and the Phantoms fans got excited after chatter started to swirl that Season 2 was finally confirmed. It all started when a fan of the series posted in a Facebook group asking when the new season was coming. The individual added that Season 2 “looks like it will be awesome.” And, it was the wording of this post that sent fans into a frenzy. How did the fan know what Season 2 of Julie and the Phantoms looked like? Did fans finally get confirmation? Likewise, if they did, where was said confirmation?

Julie and the Phantoms prod for more information on Season 2

Many fans jumped the gun and quickly celebrated the confirmation of Season 2 in the comments of this post. Skeptics, however, prodded the original poster for more information. Some question if there was a legitimate source that confirmed Season 2. 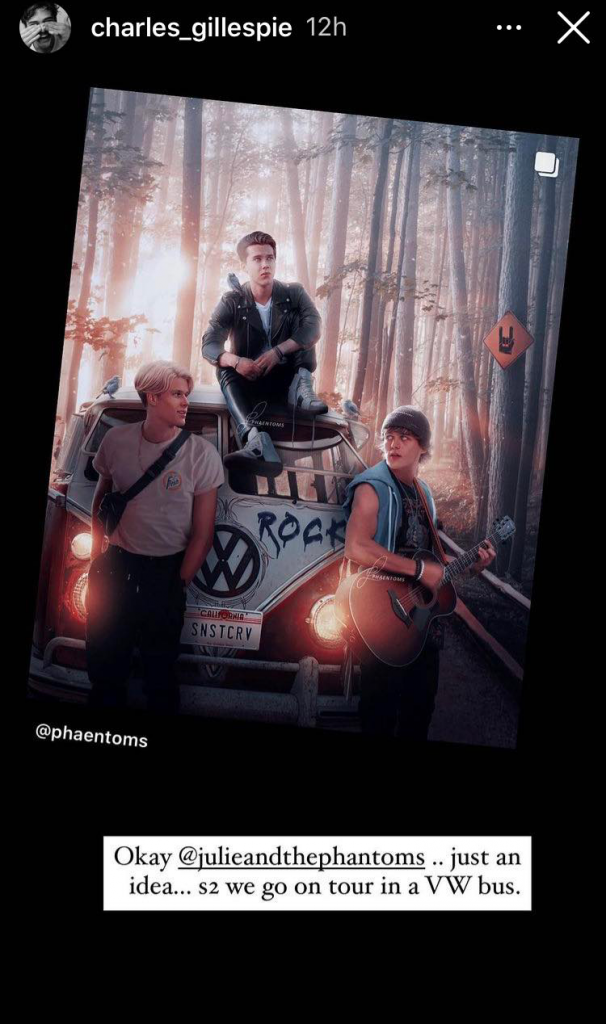 The photo above features Charlie resharing fan art. The Canadian actor tagged the official Instagram account for the series. And, tossed an idea for Season 2. He suggested the band going on tour in a VW bus could be a good idea.

Now, some Julie and the Phantoms fans thought Charlie was confirming and spilling Season 2 details. But, was that the case?

Charlie was just sharing fan art and throwing ideas out there

Now, the screenshot below shows how the rumor of the Season 2 confirmation started. It shows a lot of very excited and desperate Julie and the Phantoms fans. Now, we previously reported fans were STARVING for an update from Netflix. Even the cast has admitted they wanted to do another season. But, Netflix hasn’t dished any info on if it will happen. 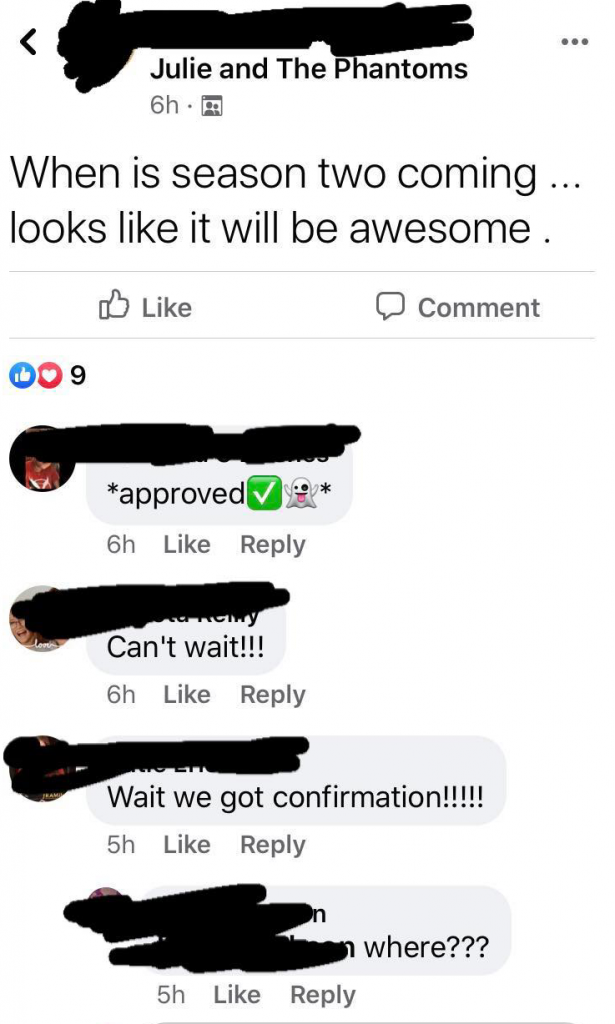 Unfortunately, Charlie was NOT confirming Season 2 of the series. He was simply sharing fan art and tossing ideas out there.

Is Netflix going to renew or cancel?

Regrettably, we still don’t have an answer to this question. We know the cast is onboard. And, we know the show has a massive fan base. An obsessive one that is continuing to grow. Fans even planned a day across fan groups where they collectively all streamed the series on the same day. They were hoping to push the series into the trending titles on Netflix to gain the streaming giant’s attention.

Madison Reyes Reveals Most Difficult Scene Of ‘Julie And The Phantoms’

Given the support behind the series, it seems unlikely that Netflix would cancel it. But, anything could happen. (This hasn’t been a great year after all).

So, did you catch wind of the rumors Julie and the Phantoms was renewed? Share your thoughts on Charlie’s idea with us in the comments.