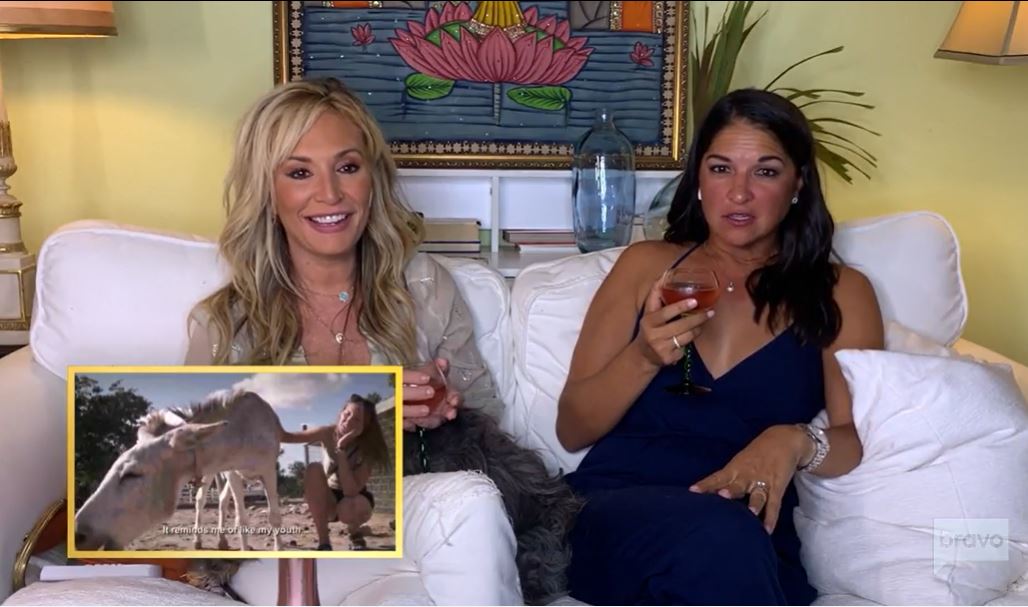 Reality TV addicts want to listen up: Coming this New Year’s Day is Bravo’s new series, Below Deck Galley Talk, as the show’s most infamous stars gather to dish on past events and possible future ones.

Think of it as a Gogglebox for this series, where commentary is the focus as the couples review snips of the show.

Your favorite Below Deck yachties are weighing in on Below Deck Season 8, sharing their unfiltered honest opinions as the below deck dramatic moments go down on camera.

A sneak peek of this is available at Bravo and can be accessed here.

About the new Below Deck Bravo series

Vying for as many spinoffs as 90 Day Fiance, Below Deck franchise stars such as Kate Chastain, Bobby Giancola, Colin Macy O’Toole, Amy and Kelley Johnson and more are set to return to sling the dish.

You can sail down memory lane as the yachties talk about their own wildest, most camera worthy moments on the show, bringing an entertaining and nostalgic safe at home viewing experience.

About the cast couples

• Kate Chastain (Chief Stew, “Below Deck” Seasons Two-Seven) & Connie Arias (Deckhand, “Below Deck” Season Three): Since bartending together in their hometown and working on the third season of “Below Deck,” Kate and Connie have built a great friendship, even sharing the same birthday and living in the same small town in Melbourne, FL. Due to their extensive experience they have the most brutally honest commentary.

• Kelley Johnson (Deckhand, “Below Deck” Season Two; Bosun, Season Four) & Amy Johnson (Third Stew, “Below Deck” Season Two; Second Stew, Season Three): As the only brother-sister pair across the Below Deck franchise, fan favorites Amy, residing in North Carolina, and Kelley, in Fort Lauderdale, FL., these two will have a family reunion. Both having experiences working with Captain Lee and current Bosun Eddie.

• Julia d’Albert Pusey (Second Stew, “Below Deck Mediterranean” Season One) & Josiah Carter (Second Stew, “Below Deck” Season Six): Known by fans as two of the best second stews in Below Deck franchise history, and while Julia and Josiah were on different franchises, they deliver the witty British commentary and witty take. Julia has a career in fashion and has married her boyfriend Matty, and Josiah is living with his boyfriend in Manchester, UK.

• Anastasia Surmava (Third Stew/Chef, “Below Deck Mediterranean” Season Four) & Alex Radcliffe (Deckhand, “Below Deck Mediterranean” Season Five): Anastasia and Alex met in Boston and quickly became good friends over the last few months. Anastasia will have her unique and opinionated commentary to share on the interior side, whereas Alex, will have great insight on Izzy’s journey and hilarious commentary on crew hookups.

Below Deck Galley Talk premieres on Friday, January 1 at 7pm ET/PT on Bravo.

Additionally, leading up to the premiere, the network will air a New Year’s Day marathon of the current season of “Below Deck” from 10am ET/PT-7pm ET/PT.