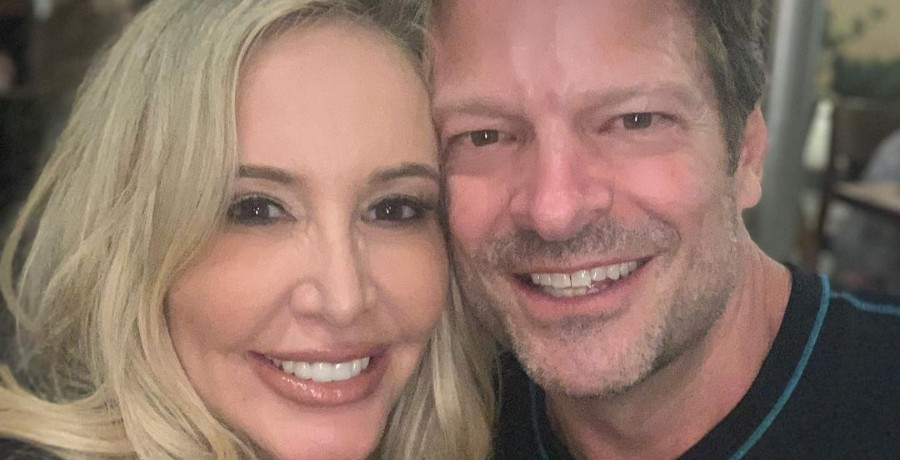 The Real Housewives of Orange County star Shannon Beador is faking major backlash from fans. This comes after she jets off to Mexico on vacation with friends. This didn’t sit well with fans for a number of reasons. Why are fans upset with Shannon Beador?

Not everyone wanted to spend the holidays stateside. RHOC star Shannon Beador and her three daughters went on a Mexican vacation. Beador took to her Instagram to share a group photo from the dinner. Along with Shannon’s kids, her “best friend” since grade school and her children joined the group.

In the photo caption, Shannon notes that they all followed “COVID protocol” but none of them are wearing masks or social-distancing in the photo.

As fans watching Season 15 know, Shannon Beador’s twin daughters broke quarantine over the summer, exposing their mom to COVID. On the latest episode of RHOC, Shannon’s battle with the virus was shown. In fact, she had to miss a cast trip to Lake Arrowhead because she was sick.

Fans SLAM the RHOC Star For Being Careless After COVID Freakout

Long-time fans of the Bravo show know that Beador is a bit of a hypochondriac. However, she has legit reason to worry about getting the coronavirus. She has lung damage in both of her lungs, making her vulnerable to the virus.

Season 15 of RHOC was filming during the start of the pandemic. Production briefly shut down and the ladies self-filmed for the rest of the season. Fans got a firsthand glimpse of Shannon Beador’s lockdown rules. In fact, things got tense when her boyfriend’s son broke her rules by not staying put in the house.

To make matters worse, her daughters went to a party and caught COVID, which they then gave to Beador. In a recent episode, Shannon Beador read her daughters the riot act for going to the party.

Clearly, Beador did recover from her battle with COVID. Since then, she has posted several photos of group get-togethers. Fans left rude comments on those photos, but it was nothing compared to her recent group photo from Cabo.

Fans took to Instagram to slam Shannon Beador for taking a trip during a pandemic. Some of the comments include:

That last referred to her RHOC co-star Kelly Dodd. Funny enough, Kelly Dodd was also getting flak for taking a vacation during the holidays.

While Shannon Beador was in Cabo, Kelly Dodd and her husband, Rick Leventhal, went to Aspen, Colorado. The Positive Beverage promoter shared a photo with a caption meant to nip any trolls in the bud. She wrote, “And yes we had to pass a Covid test to get in and yes we’re social distancing and wearing masks.”

That didn’t stop the trolls. But one follower noted that most of the comments were supportive. The fan found it ironic that Shannon Beador was getting eaten alive in the comment section on her Instagram Cabo post for going on vacation.

Kelly Dodd saw the comment and left a shady reply about her co-star. She called Shannon Beador a “crybaby” about her COVID diagnosis over the summer. See the shady comment. 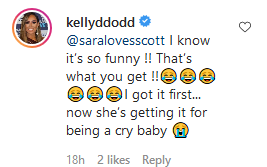 Do you think Shannon Beador deserved the wrath of fans for going to Cabo? What about Kelly Dodd? Let us know in the comments below.