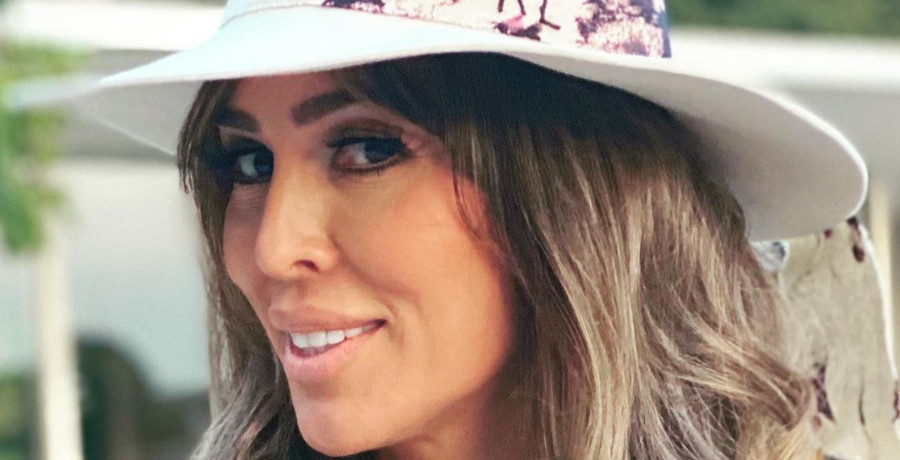 The Real Housewives of Orange County star Kelly Dodd isn’t here for trolls. Earlier this week, photos from the Season 15 reunion came out. For the most part, the looks from all six ladies were a miss with fans. Gina Kirschenheiter, who joked on the show about being the worst dresser, actually was a favorite this time. Shannon Beador was dragged mercilessly on social media for her fillers and oddly tanned face.

It was another tan debacle that got Kelly Dodd fired up. She posted a video to her Instagram to clap back at trolls who thought she messed up her spray tan.

Earlier this week, the stars of RHOC shared photos of their reunion outfits on their respective Instagram posts. Kelly Dodd’s photo got a lot of reaction from her fans. In the photo, the brunette bombshell sits in a chair with her legs crossed. Her long, black dress has a high slit, revealing her legs for days.

However, it wasn’t the length of her legs that had fans lighting up the comment section. It was the dark brown spot on her leg. Many of her followers took the comments to weigh in on what appeared to be spray tan gone wrong.

Some of the comments included:

While Kelly did ignore most of  the negative comments, she did respond to one fan asking if her skin was darker due to spray tan. No, she replied. It was “self-tanner.”

Despite not responding to the trolls, Kelly Dodd saw their comments. And she chose to clap back by making an entirely new post, all about her legs.

Check out The Blast to see the original photo Kelly Dodd posted.

RHOC Star Claps Back, Informs Fans The “Mistake” Was Just a Shadow

The trollish comments about a potential spray tan mishap seems to have riled Kelly Dodd. A few hours after her original post, she went back to Instagram to prove the trolls wrong. The video appears to be from behind-the-scenes at the Season 15 reunion. In the video, Kelly Dodd and Shannon Beador stand in front of what appears to be one of their trailers on-set.

The RHOC star shades her eyes from the sun as the camera pans up her long legs. The video clearly shows that there was nothing wrong with the tanner on her legs. In fact, her legs look evenly tanned.. Unlike Shannon Beador. Shannon got a lot of trolls herself with her oddly brown face, while her hands, arms, and legs were white as can be.

Kelly Dodd captioned the video with a sassy response, “Nothing is wrong with my leg!! It was a shadow on the last photo… but thanks for paying attention to every detail!”

But not all of the followers on Kelly Dodd’s original post made the mistake. One fan correctly wrote, “IT’S A SHADOW!!!!!!!” about what others thought was a brown smudge. The brown spot is clearly a shadow from whoever is taking the photo.

From the very beginning of the coronavirus pandemic, the RHOC star played it down. She originally dismissed it as nothing but a bad flu. Her comments about the virus being “God’s way of thinning the herd” earned her serious backlash from fans.

Around the same time as Kelly Dodd’s controversial comments, Season 15 of RHOC was filming. And now fans are seeing more of Kelly Dodd’s dismissive behavior as the season progresses. In the most recent episode, she wore masks that were  inappropriate for preventing the spread of COVID.

However, her co-stars just shrug her behavior off, saying that’s just Kelly Dodd. But many fans are sick of Kelly Dodd’s antics. It remains to be seen if Bravo will bring the controversial star back for Season 16.

Season 15 of The Real Housewives of Orange County continues Wednesdays on Bravo. The network has yet to announce when the reunion will air.