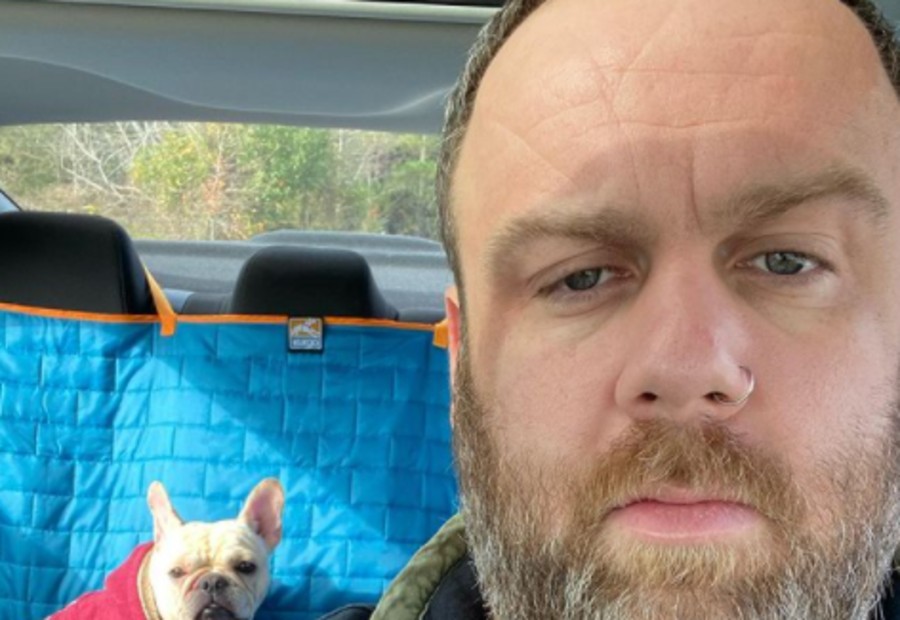 Buddy tagged Courtney in the picture where the two displayed their Christmas tree. They both had big smiles on their faces. In a second picture, Courtney is up at the camera making a funny face. Buddy is in the background striking a pose. Someone commented, “I can’t stand how cute you two are!”

Whitney Way Thore likes this journey for him, commenting that, “she’s hot and nice.” One fan complimented the reality star on his girl. She said, “Ya’ll are too cute together and she is gorgeous…a keeper.”

What Kind Of Comments Is Buddy Bell Getting?

One fan asked if Buddy Bell and Courtney were staying with Whitney. A fan replied to them saying he stayed with her through her breakup, but still has his place in Greensboro. He was a supportive friend during her hard time and had expressed in the past he didn’t care for her ex.

Many people wished Buddy and Courtney a Merry Christmas. Courtney has a private Instagram account and likely doesn’t seek that much attention.

On an Instagram post with his dog, a fan thanked Buddy Bell for being there for Whitney. Fans think he’s a good friend to have. While Whitney and Buddy have a pack to get married if they are single by a certain age, they’ve made it clear they are just good friends.  One fan commented on Courtney’s picture. She said, “Is it me, or does she look a little like Whitney? Merry Christmas.”

Another commented, “no she doesn’t look like Whitney. Having same color hair doesn’t make you look alike.” Another fan said, “I’m happy for you buddy! She’s so pretty! Hard work(in sobriety) pays off..” Buddy’s addiction and sobriety had a headline in the story of the show. He celebrated three years of sobriety, sharing twelve step groups were the key to his sobriety. 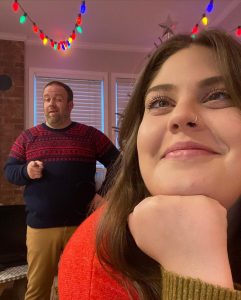 His Fans Are Happy For Him

Buddy Bell also shared a picture of himself wearing a mask with marinara sauce on it. He captioned it, “being Italian during a pandemic be like.” He shared a photo promoting his new podcast, This Podcast Doesn’t Matter With Buddy. The latest episode talks about swear words, his parent’s ability to broadcast, and fake proposals among other things. In the previous one, he sat down with Courtney, his mom, and his dad.

His mom and dad shared several amusing stories. For the most part, his parents were very entertaining. Buddy had a podcast up for several days in a row. If anyone was wondering if he was still with Courtney all they have to do is check out the descriptions in his podcast as she often joins him. So as you can see Buddy Bell is still with his girlfriend.

Which ‘RHOC’ Alum Could Return As ‘Friend’ Of The Housewives?
‘OutDaughtered’ Fans Think Adam Busby Just Made A Big Mistake
‘Love After Lockup’ Josh Behind Bars For Domestic Violence On Courtney
See Pictures Of Josh & Anna Duggar Like You’ve Never Seen Them Before
See The Busby Quints Go Glam In Cute New Video