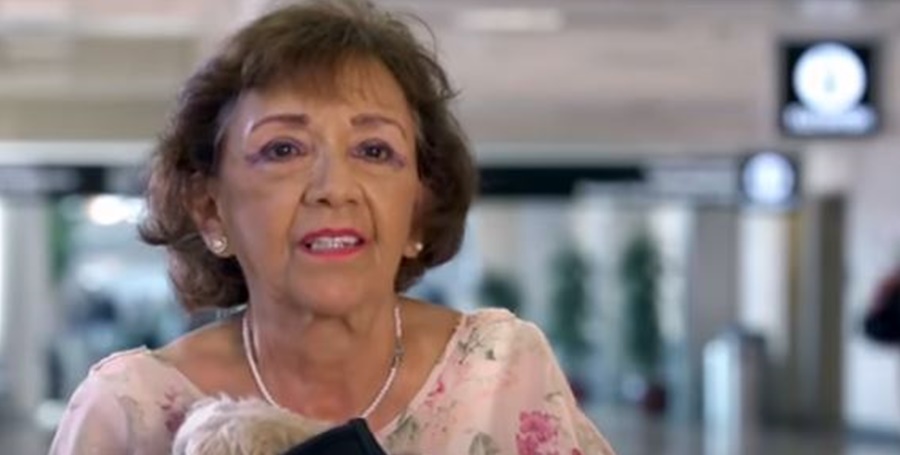 Big Ed from 90 Day Fiance did a really nice thing for his mom. TLC fans thought that he might be short, but he’s got a big heart. After all, he gave up his beloved studio for a bigger place so he could look after his mom. But, it looks like he’s not the favorite son anymore.

We reported in February that Ed loved his little space and spent a great deal of time there. The architect and photographer sounded really sad as he packed it up. Ed told his fans that he got a house so his mom could move in. That way, he could “take care of her for once.” Actually, that came before the coronavirus. So, it’s probably lucky that he made his move to look after his 81-year-old mom when he did.

90 Day Fiance fans told Big Ed they liked what he did for his mom. And, other comments came in on how parents look after kids their whole lives. But the time comes to give back. However, despite his efforts, Ed Brown joked that he’s not his mom’s “favorite son” anymore. It came at Christmas time via his Instagram account. He shared a short clip of his mom enjoying some Latino music.

In the clip, while the guitar placed, Ed’s mom sang along and then picked up a glass to toast the day. Ed captioned it with, “My mom is in heaven thank you Ricardo…Richard and I are no longer my moms fav sons Ricardo is now #1. @bigmnyrich1.”

Well, lots of 90 Day Fiance fans seemed shocked to learn that Bid Ed’s got a Mexican heritage. But one avid fan in the know explained he’s part-Mexican. His mom is Mexican. And his dad’s not. Also, his father’s an airforce dad.

Meanwhile, other fans talked about how “cute” his mom is. Recall, in the very first episode that featured Big Ed on Before The 90 Days, he talked about his mom. He took his dog Teddy to stay with his mom when he flew overseas to meet Rose Vega. At the time, the TLC show revealed him saying how short his mom is. (4ft 10). Plus he said, “My mom [comes] from Mexico and she met my Dad in the Air Force. They…married in Mexico, then they moved to the US.”

Naturally, with the family being half-Mexican, those traditions at Christmas become part of their celebrations every year. According to gviusa.com, they enjoy singing a lot at Christmas. In fact, in non-COVID-19 years, they often “walk from house to house singing the traditional Las Posadas song.” And much feasting goes on along with enjoying “piñatas.”

It certainly looks like Big Ed, his mom, and the rest of the family still enjoy a robust and musical Christmas.

‘Yellowstone’ Season 4: Why Wasn’t It On Tonight?
California Senator Thinks Erika Jayne & Thomas Girardi Are Embarrassing
Erika Jayne Just Got Dumped By Her Lawyers — Here’s Why
Exclusive: ‘North Woods Law’ Returns To Animal Planet For New Season, Preview
Netflix Reveals If It Will Save ‘Manifest’ From Cancelation