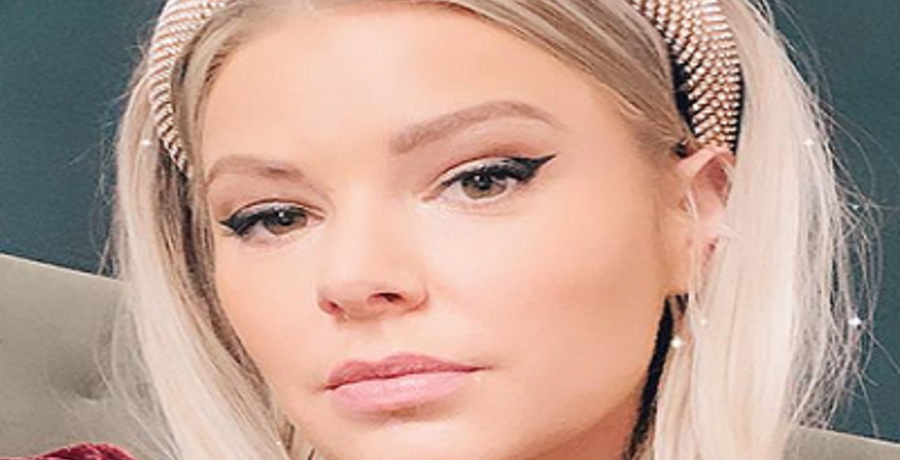 Ariana Madix is in the holiday spirit. The Vanderpump Rules star made her singing debut. She joined long-term boyfriend Tom Sandoval for a special performance. This comes after a report revealed that Sandoval is reviving his music career.

Earlier this week, Sandoval also made his acting debut in a Lifetime film. Ariana could be following in his footsteps. Earlier this month, Ariana teased Vanderpump Rules Season 9. She said that she’s looking forward to the new season when filming resumes.

The show is currently on hold due to the coronavirus pandemic. Read on to see Ariana’s big singing debut in the clip below.

Just in time for Christmas, Ariana Madix and Tom Sandoval got festive with their little song. The fan account @_surrules posted the clip on its Instagram account. Sandoval wore a red Christmas sweater with plaid pants. Meanwhile, Ariana wore a cream-colored sweater that featured puff sleeves. She paired it with ripped skinny jeans.

“Looks like I got the guitar!” Sandoval jokingly said before they broke into song.

The duo performed the classic Christmas song “Rockin’ Around the Christmas Tree.” Ariana sang as Sandoval strummed along. Fans were surprised by her singing voice. They took to the post to share their comments.

However, not everyone was feeling the Christmas spirit. One fan wrote: “This makes me want to cut my eyes and ears out. Please stop.” Another suggested that the couple should “keep practicing.” Regardless of the mixed comments, the video received over 2,000 likes.

Ariana Madix isn’t the only one who’s embracing her musical side these days. Tom Sandoval wants to revive his music career. The reality star joined Food Network stars the Potash Twins for a special Christmas song. This time, he brought up his trumpet for this tune. The trio also made two recipes for the holiday season.

“It was so great to jam out with Potash twins,” Sandoval said in an interview with Page Six. “I’ve been wanting to for ages. Mixing cocktails and instruments might be two of my favorite things in life.”

Sandoval and Ariana just celebrated the one-year anniversary of their cocktail book, Fancy AF Cocktails. They were also hit by a lawsuit from a former co-writer of the book. She claims that Sandoval took over and stole her original concept. Now, it looks like Sandoval wants to focus on his music career amid the ongoing lawsuit.

The current status of Vanderpump Rules is unclear. The show typically films over the summer but was on hold due to the COVID-19 outbreak. Cast and production were unable to follow their normal schedule. Bravo has not announced when production will resume.

As for Ariana Madix, she wants Pump Rules to continue. She would love to continue without the original cast members, as long as they introduce new cast members.

“I think it’s time to move forward,” she on The Take On with Amir Yassai podcast. “I think that hopefully, it’s not the kind of thing that keeps getting dredged up.”

She’s also optimistic that the show will return at some point. Once the virus is finally contained, she thinks they will “start filming again.” The show will move forward without Stassi Schroeder, Kristen Doute, Jax Taylor, and Brittany Cartwright.

What are your thoughts on Ariana’s singing voice? Sound off below.