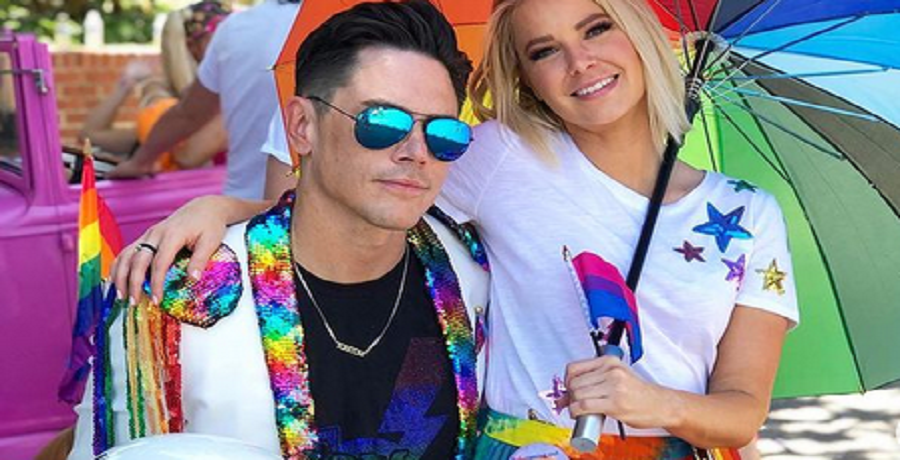 Tom Sandoval and Ariana Madix just celebrated the one-year anniversary of their book, Fancy AF Cocktails. The couple just released the holiday edition of their book. They’ve been on a high ever since. And now that high has come crashing down.

Recently, a writer sued Sandoval and Madix over the book. It has to do with a breach of contract. On Thursday, December 17, writer Alison Baker sued the couple over their first-ever book. Baker is an author and novelist who met the couple through a mutual friend back in February 2016.

All three people got together to write cowrite the book from the Bravo stars’ perspective.

Why Alison Baker filed a lawsuit

The Vanderpump Rules star are getting sued due to breach of contract, according to court documents obtained by Us Weekly on Thursday, December 17. Alison Baker claims she entered the agreement to provide services as a cowriter with Madix. She agreed to receive $3,000 and 45 percent of the total advance paid by the publisher who would publish the book based on its concept.

The agreement also allegedly reveals that Baker would receive 45 percent “actual earned royalties on sales of such book in perpetuity” and grants her a co-writer credit on the title page. However, Baker alleges that Sandoval “forced himself” into the agreement in 2017. He suggested that he and Madix write a separate book based on Baker and Madix’s concept.

Baker explains that she would have to enter a new collaboration with both reality stars. All three of them would have to “share any revenue from this separate endeavor in equal thirds.” Sandoval and Madix revised the agreement since they were not “prepared to contribute the level of work necessary to complete the task of successfully writing and self-publishing a book.”

Tom Sandoval and Ariana Madix wrote their own book

Ariana Madix and Tom Sandoval didn’t move forward with Alison Baker’s plans. Instead, they wrote their own book, Fancy AF Cocktails: Drink Recipes from a Couple of Professional Drinkers. Baker heard about the book in 2018. She claims that their book “incorporates many of the proprietary rights” based on the original concept she worked with Madix.

Baker claims it results in a breach of contract. She calls the couple’s book release was “willful, malicious, and fraudulent” and is seeking damages and attorney’s fees. The author also wants an account of all monies and benefits received or to be received from sales of the “infringing book,” which they allegedly stole from her concept. In addition, Baker is seeking damages in an amount determined at trial, which includes “reasonable” attorney fees and whatever else the court sees fit.

Sandoval and Madix released their book in December 2019. They just celebrated the one-year anniversary by releasing the Fancy AF Cocktail Garden Collection in a special collaboration with Gardenuity. Also, Sandoval and Madix released a holiday edition of their Fancy AF Cocktails. Sandoval, Madix, and Danny Pellegrino, who owns the podcast “Everything Iconic,” ended up writing the book together.

However, the trio has not commented on the lawsuit as it’s an ongoing case. What are your thoughts? Do you think the writer has a fair shot? Sound off below.