Bold and the Beautiful spoilers suggest Liam feels if he’s losing his mind as Hope clouds his thoughts despite Steffy’s warnings.  Steffy Forrester (Jacqueline MacInnes Wood) sounds somewhat angry with Liam Spencer (Scott Clifton), who needs constant reminding of how the truth will cause damage.

But Steffy’s warnings fade quickly from Liam’s thoughts when Hope Logan (Annika Noelle) steps into the picture. It seems this Bold and the Beautiful wayward husband can’t take it as his wife hails him for his trustworthiness.

B&B fans watched as Steffy reamed Liam over his thoughts of coming clean to Hope. When Steffy is with him, Liam might seem to get what she’s saying. But as soon as Steffy’s gone, his thoughts turn to tell Hope. 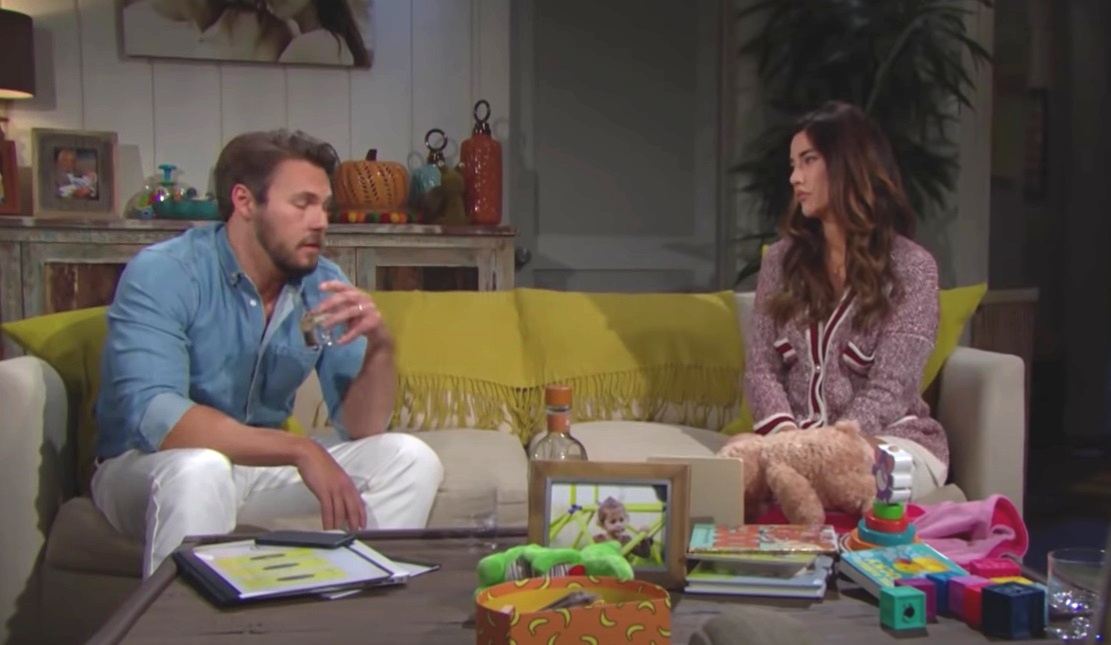 For years Liam waffled between Hope and Steffy. While this Bold and the Beautiful father of two struggled with which woman he’d end up with, this time is different. He can’t fathom losing Hope Logan. But he has to follow Steffy’s instructions on keeping his mouth shut to keep his marriage intact.

Hope inevitably finds out about her husband’s extracurricular activity with Steffy that one unfaithful night. After all, B&B scripts these scenes for a reason. That one night won’t just fade into a soap memory. No, they have many miles to go with Steffy and Liam’s last encounter in the bedroom.

Bold and the Beautiful spoilers offer a look at just how Hope finds out what Liam and her step-sister have been up to. Apparently, she overhears Liam arguing with Steffy.

Hope doesn’t know what the two are arguing about. But the B&B spoilers suggest it doesn’t take long for her to figure out these two are hiding something from her. Next, she demands to know the truth.

Bold and the Beautiful: Guilt Spreads

Bold and the Beautiful spoilers also suggest the guilt Liam feels soon spreads to Steffy as well. Her relationship with Finn (Tanner Novlan) moves in the right direction.  The spoilers suggest Liam is losing his mind over keeping this from Hope. But soon, he’ll have company in the guilt department as well.

While Steffy isn’t feeling the depths of guilt that Liam does, she’s becoming uncomfortable keeping her unfaithful night from Finn. So, while the B&B fans wait for Liam to crack under pressure first, his partner from the night in question could trump Liam.

Her need to unload her guilt and start the slate clean with Finn might make her the first to confess. But however Hope and Finn find out, you can bet the drama comes along with revealing this secret on Bold and the Beautiful.

It looks like those words of praise from Hope and Finn that they shower upon Liam and Steffy won’t be around much longer. The friendly chats between stepsisters probably won’t have much shelf life left after the truth comes out.

But for now, B&B spoilers suggest Liam’s love for Hope will win out over the warnings from Steffy. It seems the odds are with the husband confessing while on the brink of cracking up over the guilt.