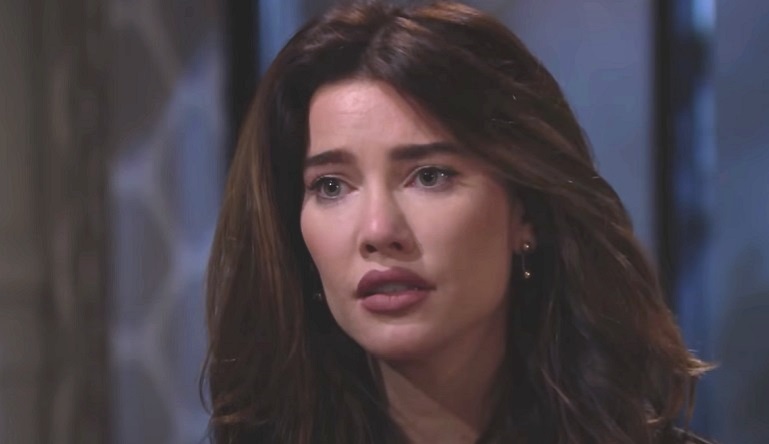 Bold and the Beautiful viewers watch this week as Steffy Forrester and Liam Spencer choke on praise aimed at them in the wake of their deed. Liam, who is played by Scott Clifton and Jacqueline MacInnes Wood in the role of Steffy found themselves struggling with guilt over a night that should never have happened.

Bold and the Beautiful: Liam Spencer and Steffy Forrester Sweat It Out

It doesn’t look like the Bold and the Beautiful fans hang their hopes on this couple staying mum. Mostly it’s Liam Spencer who seems to struggle with this. He looks like he’s ready to cave-in any minute as his wife, Hope Logan, kills him with kindness.

As Hope, played by Annika Noelle, paints Liam as the best husband to ever walk the earth, he’s crumbling with guilt. Liam’s Bold and the Beautiful wife basically praises him for his honesty. By the look on his face, it’s easy to see that’s a tough one for him to take in. 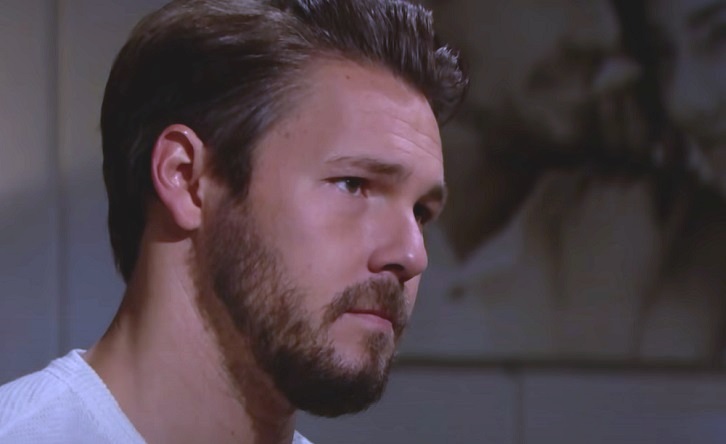 Steffy Forrester pounded it into Liam that he should not say a thing about what happened. Their night of love-making would crumble many worlds if it ever got out. Unlike Liam, Steffy’s relationship is new. But as Finn, Dr. John Finnegan, puts Steffy on a pedestal for her being so genuine, she struggles with his comments as well.

Played by Tanner Novlan, Finn appears to be just what Steffy needs to finally move on and into a new Bold and the Beautiful storyline. But fans don’t think she’s severed herself from Liam Spencer just yet.

The Seed Is Planted –  But Which Way Will It Grow?

Bold and the Beautiful fans already predict the Steffy-Liam-Finn storyline for the future – a baby.  Although many share their hopes for the CBS soap to take it in another direction, they believe that’s just not going to happen.

For lack of a better description, Steffy Forrester bedded down two men within a few weeks on Bold and the Beautiful. First, there’s Liam Spencer, who came to her after he thought he saw Hope in an embrace with Thomas Forrester. Then this week Steffy did the deed with Finn, which seemed like odd timing. It almost looked as if she rewarded him for saving her brother’s life.

Some of the Bold and the Beautiful fans out there see these two encounters meaning baby number two for the mom of one. But this offers the dilemma of who’s the father if Steffy finds herself pregnant. Could the soap be winding up for the trio of Liam, Steffy, and Hope to see their worlds collide once more? Many viewers already expressed enough is enough.

Bold and the Beautiful: No Worries Over Face Shots

Steffy’s recent indiscretions might have a hidden agenda for the sake of the soap. Jacqueline MacInnes Wood is pregnant with her second child in real-life. So if the soap storyline calls for a Steffy Forrester pregnancy this saves a lot of work for those on the set of Bold and the Beautiful.

Baby bump padding, while easy enough to apply, wouldn’t be needed. If Steffy’s character is not pregnant, this means some tricky camera work needs to happen. As Jacqueline’s pregnancy shows, the camera shots will end up limited to basically headshots. If Steffy’s role does call for a baby on board, then the camera has free range.

You might say that Bold and the Beautiful knows how to get the most out of baby birthing. They proved that when Hope Logan gave birth to Beth Spencer. That storyline brought intrigue and suspense to this daytime soap. But, as soaps often do, it dragged on just too long for the fans’ liking.

Bold and the Beautiful squeezed everything they possibly could from the Hope-Beth plot. They even branched out to killing off a character via a car accident of one of Hope’s employees, Emma Barber.

Emma made her way to Hope’s house to tell her the truth about her daughter, that Beth was still alive. But Thomas Forrester got to her first and she died as a result of getting run off the road by the Bold and the Beautiful villain.

From a kidnapping doctor to a long lost love of Liam’s brother posing as Beth’s mother, this soap spun a tale. Selling the baby to an unsuspecting Steffy in a criminal adoption was one of many cliff hangers added. This was just another the long-drawn-out process of Bold and the Beautiful pumping a plot dry.

Whether or not Steffy finds herself pregnant once again is anyone’s guess today. But some fans are betting the farm this is going to happen … we’ll see.