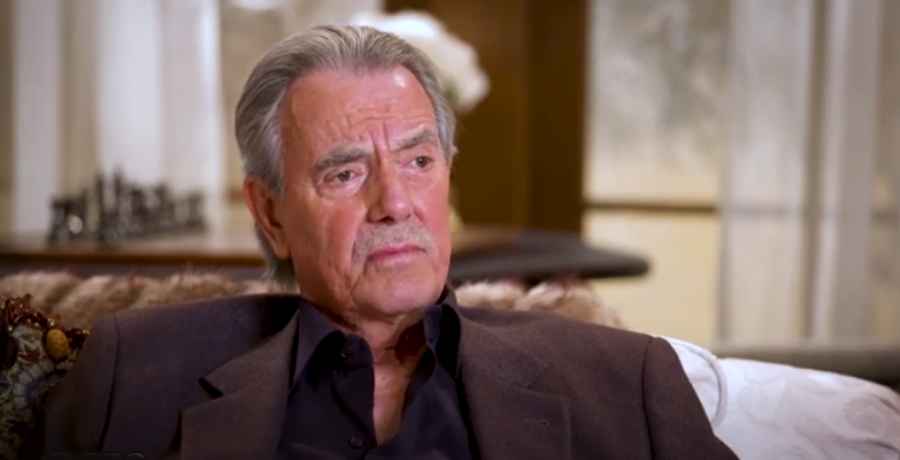 Christmas isn’t coming anymore, folks – it’s here! And so are Christmas spoilers for your favorite CBS soap –The Young and the Restless. Spoilers see Victor Newman (Eric Braeden) in a Grinch mood for the holiday. This, of course, means no one should shove their good mood into Victor’s face. You just know how hard this is if you are a Christmas fan!  While the grandchildren can have a great time, everyone else needs to bow to the man who brought them into this world. However, Newman is mainly grumpy about Adam (Mark Grossman). Despite this, things could change over the holidays – but will it be for the better or worse?

Christmas with The Young and the Restless

Jack (Peter Bergman) is looking forward to celebrating the holiday with his family. They have just enjoyed an afternoon of ice-skating and gift exchanges, now they have a surprise guest. Who is turning up at the Abbott’s door for Christmas? Maybe it’s Sally (Courtney Hope), after hopefully checking if it is OK.

Of course, if Sally is the unexpected guest, she does have her reasons. She could be planning a way to unseat Summer (Hunter King) professionally. Or maybe she wants to personally enchant Kyle (Michael Mealor). However, maybe Sally is after an even bigger prize? Maybe it’s Jack she is aiming at? This would be ironic, after all the younger women Jack has used and abused in the past.

The Young and the Restless fans will remember that at first, Amanda (Mishael Morgan) had no wish to meet her biological mother. However, she decided to look up and find out where the woman lives. Since then, she has invited Devon (Bryton James) to join her on a Christmas road trip. So now they are off on a great adventure. Of course, Devon is the perfect person to be with when faced with meeting new family members. Devon has definitely been there and done that.

However, will meeting the woman who gave birth to Amanda and her sister Hilary be a good thing? Or will it change Amanda and Devon’s relationship for the better or worse? So anyway, they are off and heading to meet Naya Benedict (Ptosha Storey) at her home, about one hour’s drive away.

It will obviously be an emotional scene when Amanda confronts her biological mother, Naya. She is also set to meet another relative, Imani Benedict (Leigh-Ann Rose). The question is, will Naya be happy to meet up with one of her long-lost daughters? It definitely remains to be seen if this meeting will be naughty or nice!

As noted by Soap Hub, fans can catch The Young and the Restless weekdays on CBS. Check your local TV listings for airtimes and have a very Merry Christmas to all!