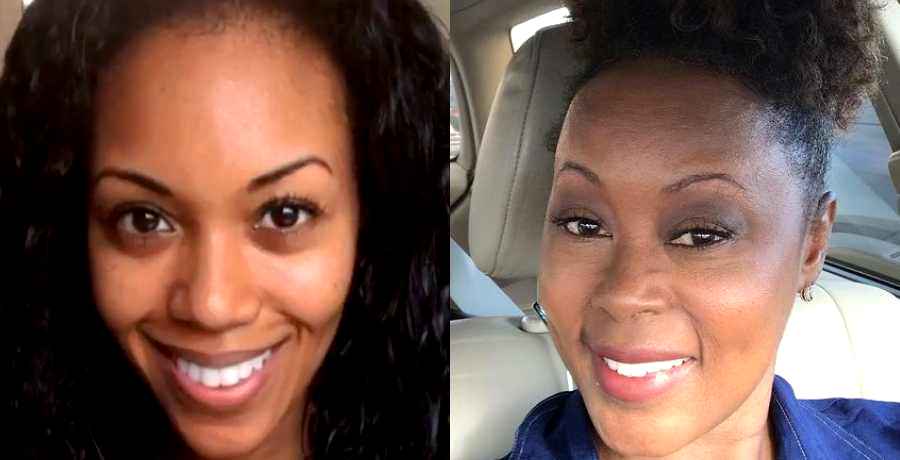 The Young and the Restless spoilers show a couple of new arrivals to the CBS soap. Also, wedding guests start arriving for the “Shey” wedding and one old face comes back to the popular show. Let’s explore what we can expect on Y&R in the coming days.

The Young and the Restless: Amanda’s birth mom Naya

There is big family news this week for Amanda Sinclair (Mishael Morgan). Spoilers say Amanda will tell Devon Hamilton (Bryton James) that her private investigator has finally found her birth mother. As noted by Inquisitr, Amanda agrees that he should come with her to find Naya Benedict (Ptosha Storey), who lives around an hour’s drive away.

Fans can expect an emotional scene as Amanda confronts her mother, Naya. She will also get to meet another relative, Imani Benedict (Leigh-Ann Rose). It remains to be seen if Naya will be happy to meet up with one of her long-lost daughters.

Amanda knocks on Naya’s door on December 24 along with Imani. Plus, we’ll get to see quite a bit of Naya during coming episodes. There is no doubt Amanda will want to know why Naya gave her and her late twin, Hilary, away for adoption. There are often good reasons why a mother gives away her child, so hopefully, Naya’s reasoning is among these.

According to The Young and the Restless spoilers, final preparations are underway for the anticipated “Shey” wedding. Sharon Newman (Sharon Case) and Rey Rosales (Jordi Vilasuso) are ready to tie the knot. However, Rey is stressed out and chats with his sister Lola Rosales (Sasha Calle) about his concerns.

Plus, more Rosales family members are set to arrive soon. These include Rey’s brother, Arturo Rosales (Jason Canela) and their mother, Celeste Rosales (Eva LaRue). On top of this, there is also a mysterious wedding crasher. Some believe it will be Adam Newman (Mark Grossman) coming to try and get Sharon back. However, there is also a chance it could be one of Rey’s exes crashing the scene.

New arrival on the Y&R set

Donny Boaz is heading back to The Young and the Restless, after completing a two-week COVID-19 quarantine.  Just as Donny returns, Chance and Abby celebrate their first Christmas together. The couple is trying to start a family. As they have just gotten back from their honeymoon, maybe there will be Christmas baby news?

However, likely the biggest news in Y&R spoilers is Amanda finally getting answers from Naya as to why she gave her up for adoption. This reunion has been a long time coming, so don’t miss this week’s episodes daily on CBS for more news. With the mother and child reunion and a big wedding to plan, it can only get exciting.