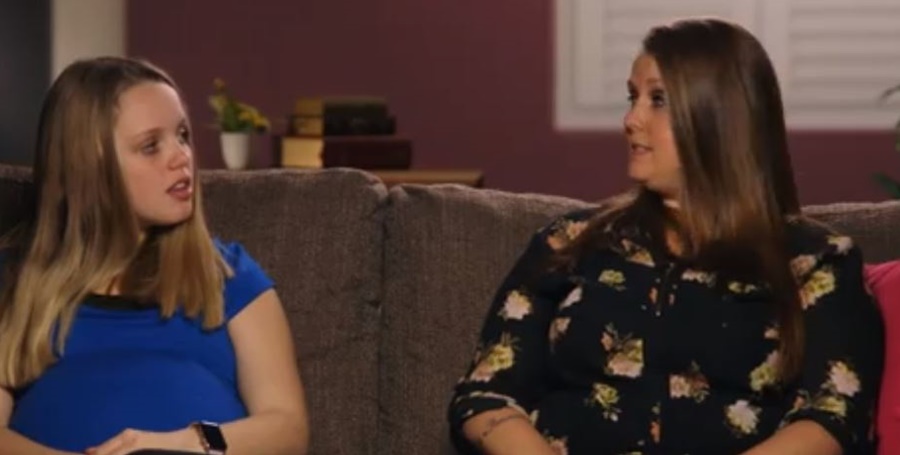 Unexpected on TLC brings Season 4. So far, fans saw that Lilly Bennett from season 1 returned with another man and another baby. Then Reanna at age 15 won’t talk about her now estranged boyfriend Taron. Fans hate Myrka’s mom for throwing her out of the house. And, Jenna and Aden get a lot of hate as she believed his lies about men ovulating. A new teaser this week revealed that a lot of critics hate the show. In fact, some of them describe it as “toxic” and “stupid.”

We reported that Lilly Bennett returned to the show. The first time fans met her in Season 1, her baby daddy was James Kennedy. But they split. So, she returns now with a big brother for Aaliyah. And a new man named Lawrence. Her new baby already arrived and she posted photos of him on Instagram. But in a new teaser, fans see her getting into drama with Lawrence’s family about circumcision. Yelling and arguments ensued.

Alex and Tyra also returned and she moans and groans about their relationship. Meanwhile, Meaww reminds readers that “churchgoer Lillian,” acts very unchristian-like with her drama about throwing her daughter Mykra out of the house. She lives with her baby daddy’s family. In the teaser, fans also saw a big drama over how many baby showers should happen as various people hate each other. Meanwhile, Reanna at 15, throws a tantrum about needing to grow up. So yeah, Unexpected fans agree it’s very toxic.

Some fans wonder why on earth TLC glorifies a bunch of teens who fall pregnant. It seems “stupid” and incomprehensible. Especially, when the girls make the same mistake more than once. And the toxic scenes also irritate critics. Here’s want some Unexpected fans said about the show:

Then one TLC fan noted something poignant: “And here I am struggling to have a baby as an adult. TLC enough with these horrible shows. Just saying, it’s insulting to those of us who would give ANYTHING to be excited for a baby.”

In  2014, a Brookings report noted that reality TV shows like Teen Mom on MTV “may have contributed to up to a third of the decline in teen births.” However, other factors like better contraception education contribute greatly as well. Plus, the number of abortions went up. “Twenty-three states individually reported abortion increases in 2017-2018,” according to The Lozier Institute. Most of those increased by about 4% in states with permissive laws.

So toxic and stupid as the Unexpected show might seem, it possibly helps keep teens from falling pregnant as much as in years gone by.