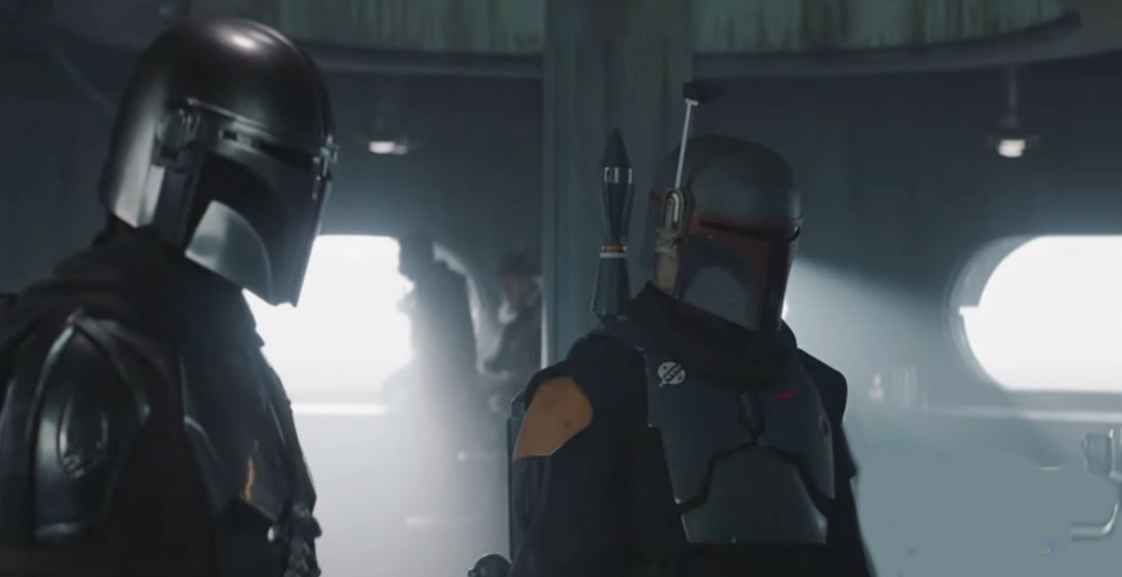 Good news for fans of Star Wars and The Mandalorian, as the new spinoff The Book of Boba Fett has been confirmed. Other good news is that Pedro Pascal will return as Mando for Season 3 of The Mandalorian.

The Book of Boba Fett spinoff of The Mandalorian

In an interview with Good Morning America on Monday, showrunner Jon Favreau has confirmed speculation about The Book of Boba Fett spinoff of the popular The Mandalorian series. He confirmed that Boba Fett will be a standalone spinoff. Favreau said, “This is actually separate from The Mandalorian Season 3.”

He said The Book of Boba Fett is already filming with plans of a December 2021 premiere. Favreau added that following this, they will go into production on Season 3 of The Mandalorian. The good news on that point is that it will star “the main character we know and love (played by Pedro Pascal).” This means that Season 3 of The Mandalorian is only likely to start filming in 2021 with an unknown premiere date. However, it is likely to premiere in 2022.

Favreau said news of the spinoff was held back from other series announcements on Disney Investor Day. He said they did this as they didn’t want to spoil the surprise.

The Boba Fett spinoff takes place in the same timeline as The Mandalorian. As for the cast, actors Temuera Morrison and Ming-Na Wen will star in The Book of Boba Fett. In the spinoff, they will reprise their roles as Boba Fett and assassin Fennec Shand. Reportedly, Favreau will be an executive producer of the series along with Dave Filoni and Robert Rodriguez.

In the finale episode of The Mandalorian, an unexpected cameo featured a post-credits scene where Boba Fett (played by Morrison) aided by Fennec Shand (Wen) gunned down Bib Fortuna. They did this to lay claim to the throne inside Jabba the Hutt’s palace on the planet of Tatooine. After this reveal, the title card “THE BOOK OF BOBA FETT…. COMING DECEMBER 2021” came onscreen.

Rumors from the tease

Immediately following the teaser, many believed that The Book of Boba Fett was a rumored standalone spinoff. Others wondered if the intrepid bounty hunt was going to “take over” The Mandalorian, at least for the third season. This was after Kathleen Kennedy of Lucasfilms had said the Disney+ series’ “next chapter” was set to premiere in December 2021. However, Favreau confirmed that the Boba Fett spinoff is that next chapter.

Speaking of surprises, the finale of Season 2 of The Mandalorian had a huge one. This is when actor Mark Hamill appeared in the role of Luke Skywalker, with a little age-reduction technology. Both Favreau and Hamill himself were amazed that spoilers about this scene didn’t get out.

Watch the interview with The Mandalorian showrunner Jon Favreau below.

Artem Chigvintsev And Nikki Bella Celebrate Their Son’s First Birthday
‘Bold And The Beautiful’ WOW! Finn’s Bio Mom Is A Forrester?
‘Sister Wives’: How Much Do Fans Know About Ysabel Brown’s Scoliosis & Her Surgery?
OMG!! Did Meri Brown Admit Her Husband Kody ABUSED Her?!
Love In The Afternoon With Hallmark’s ‘A Little Daytime Drama’