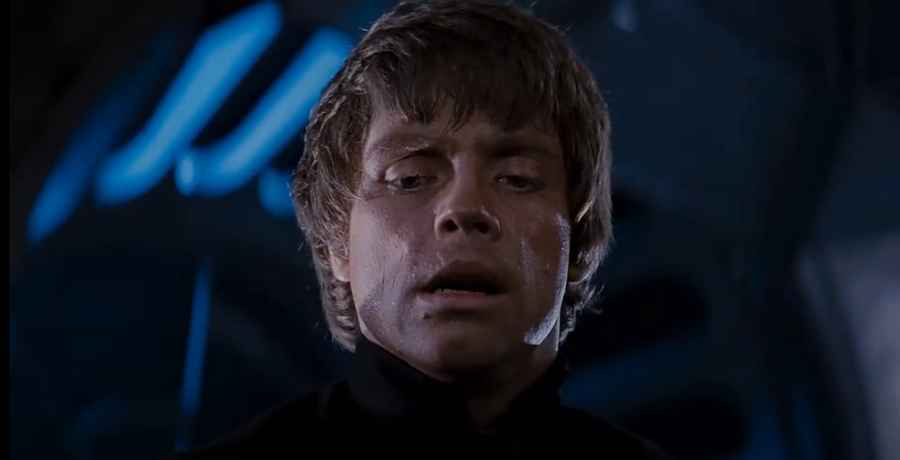 Fans of The Mandalorian have been waiting for showrunner Jon Favreau to speak up about the Season 2 finale. The finale featured the surprise return of Luke Skywalker in the form of Mark Hamill himself.

Mark Hamill in The Mandalorian

First, there was the introduction of Baby Yoda. Then, the totally shocking appearance of Luke Skywalker. This only goes to show that The Mandalorian is full of surprises, plus, it seems it is spoiler proof!

In the credits for the final episode of Season 2, the actor for “Double for Jedi” was listed as Max Lloyd Jones. However, it was clear to see that the original Star Wars franchise star, Mark Hamill had returned. Well, at least to voice the younger Luke. In an interview with Good Morning America, Jon Favreau opened up to say that Hamill was involved in Luke’s return. In fact, he was there is much more than just a voiceover capacity.

Similar to a younger version of Robert de Niro in The Irishman, Hamill filmed the Skywalker cameo on set. Producers then used VFX technology to de-age the character, something many of us would love to do to ourselves!

Favreau spoke about starting the series with the Baby Yoda (Grogu) reveal. He said this was a secret that blew everyone away. He explained that part of keeping that secret is not telling too many people and not creating merchandise. Favreau said the crowning trick was to have Mark Hamill on set and filming as Luke Skywalker. He explained they then used technology to de-age him and make him look much as he did in the Star Wars films.

As noted by Indie Wire, despite not telling too many people about the two surprises, Favreau is still shocked that it didn’t leak. He said how hard it is to keep a secret these days, especially relating to Star Wars. Favreau said so many people are curious about the series.

Plus, of course, there are many people involved in the process of visual effects finishing and everything else. He said every piece of casting had been leaked and they were so scared right up until it aired that the surprise cameo would leak too.

The fact that we were able to keep my involvement a secret for over a year with no leaks is nothing less than a miracle. A real triumph for spoiler-haters everywhere!#LooseLipsSinkStarships #STFU pic.twitter.com/TOBqlXYyHN

Mark Hamill on his scene in The Mandalorian

Hamill also celebrated Luke’s appearance on Twitter on December 19, without ever leaking the news. He wrote, “The fact that we were able to keep my involvement a secret for over a year with no leaks is nothing less than a miracle. A real triumph for spoiler-haters everywhere!”

However, Hamill only wrote of “involvement,” which left things ambiguous at the time. However, now Favreau has confirmed that he did indeed appear on set. Reportedly, Jones handled Luke’s action scenes, while Hamill appeared in the scene where Luke came face to face with Baby Yoda. He then took Grogu away for Jedi training.

Hamill also hinted on his Instagram account, first posting an image of himself with finger to lips, shushing us. He then enigmatically wrote, “Seen anything good on TV lately?” For those who haven’t seen the series, both seasons of The Mandalorian are now streaming on Disney+. Favreau said Season 3 is now in pre-production. He said it will start filming after The Book of Boba Fett wraps production. By the way, the latter spinoff series is set for release in December 2021. This means there won’t be another Mandalorian season until 2022.
TV Shows Ace spoke to Respeecher and got this quote:
“The entire Respeecher team was honored to work on such a huge project. We fully understood the responsibility and did our best in order to achieve outstanding sound quality even though the data we had was quite old. But making most of the technology is just a part of the result. Professional approach, pickiness to all the smallest details, numerous iterations, and all that efforts the project’s creative and sound team made to make several lines fit in the story is something we had a chance to observe and learn. It has always been amazing to see how the team makes their iconic projects over decades and we are proud to be part of it.”