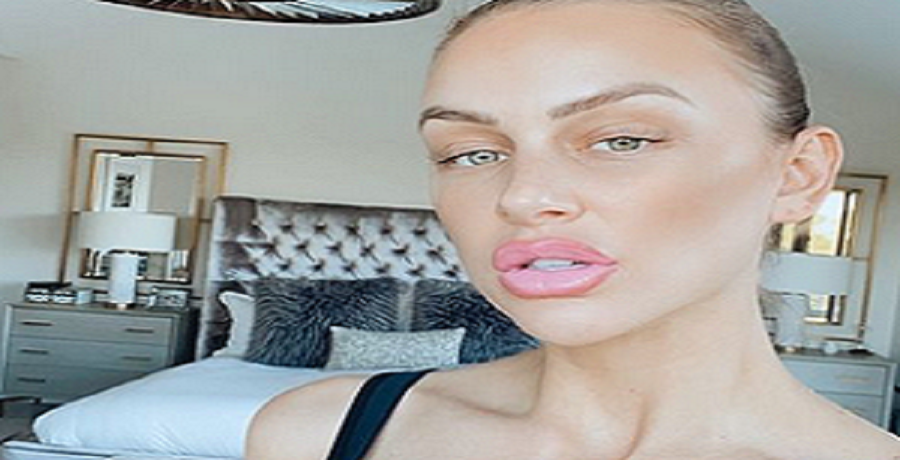 Lala Kent shared the current status of her friendship with Scheana Shay. Vanderpump Rules fans know the two are feuding. Scheana and Lala made headlines in September with their social media brawl. Lala opened up about their friendship on Watch What Happens Live with Andy Cohen on Monday, December 21.

The Bravo star was one of Andy’s 12 surprise guests. Lala and her baby bump made a special appearance for the holiday season. The 30-year-old looked elegant and glammed up during her appearance. She even revealed which of her Pump Rules co-stars she still talks to.

Per Us Weekly, Lala Kent admitted that she’s no longer on speaking terms with Scheana Shay. But that doesn’t mean she wishes her frenemy ill. She just wants to focus on her baby. Scheana is also pregnant with her first child.

“[Our relationship is] nonexistent,” Lala admitted. “I haven’t spoken to her. I know she’s also having a baby, so I wish her all the best.”

Their feud started over the summer. The “Good As Gold” singer claimed that Lala wasn’t there for her during her miscarriage. The Give Them Lala Beauty founder called out Scheana on her Instagram Stories. Lala even hinted that Scheana’s boyfriend, Brock Davies, wasn’t there during that difficult time.

Shortly afterward, Scheana unfollowed Lala on social media. Stassi Schroeder hinted at her support for her former Pump Rules co-star. She unfollowed Scheana on Instagram as the drama unfolded. During Watch What Happens Live, Lala revealed that she still speaks to Jax Taylor and Brittany Cartwright.

Vanderpump Rules Season 9 has not resumed production. Both Scheana and Lala are expected to return. Over the summer, Stassi Schroeder, Kristen Doute, Max Boyens, and Brett Caprioni were fired. Earlier this month, Jax and Brittany confirmed their exits from the show. As for Lala, she’s looking forward to the new season.

“I am excited about what’s to come,” she said. “I love doing the show and I, of course, have high hopes for it to continue on. I’m going to miss my friends who started this show, but right now, I’m really focused on becoming a mama.”

Lala Kent is close with Braunwyn

During the Monday night episode, Lala Kent showed support for another Bravo celebrity. She revealed she “connected” with The Real Housewives of Orange County star Braunwyn Windham-Burke. The two talked after Braunwyn made her decision to get sober.

“When she decided to get sober, she reached out to me via text,” Lala explained. “And now I think she’s well into the almost-year mark of her sobriety. I forward her the links to my Zoom meetings. We are connected for sure.”

Braunwyn credited Lala for giving her advice on how to remain sober while filming a reality show. She made an appearance on Lala’s podcast Give Them Lala…with Randall. The two shared sobriety stories. Braunwyn first admitted she was an alcoholic on the RHOC Season 15 premiere in October.

What do you think? Are you shocked that Lala and Scheana are no longer on speaking terms? Sound off below.