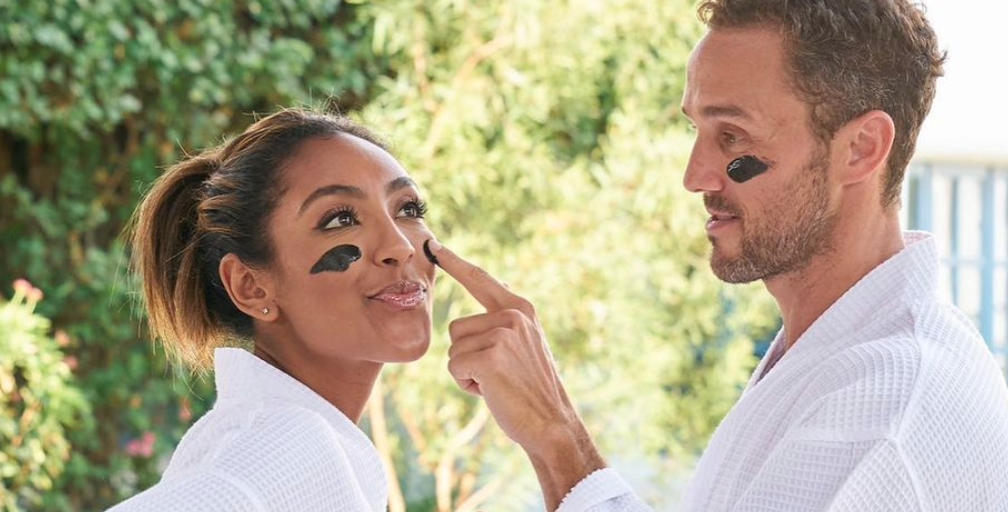 Zac Clark is one of Tayshia Adams’ final two (or three?) and he has a huge spark with the Bachelorette star. He has been married in the past. Now, his ex-wife is speaking up about her experience with Zac and what it’s like to watch the show. Apparently, it hasn’t really been easy.

Jennifer Stanley-George, Zac’s ex-wife, is talking about her experience watching the new season of The Bachelorette.

Apparently, she has been a fan of the franchise forever and is very familiar with the process Us Weekly says.

“I have watched the show for years. I’ve always watched every season — Bachelor in Paradise and everything — so I literally was scrolling through my Facebook feed in the middle of the summer when I saw his picture, and I was like ‘Oh, OK!’” she says about learning Zac is on the show.

Jennifer admits that this season has been hard for her. She says that she is happy and has a family, however, it was still shocking.

“It’s been a little shocking and a little hard to watch. I won’t lie. But, I’ve long since moved on with my life and I’m happily married now and I just had a baby so, I’ve been obviously distracted, but I have watched this season,” Jennifer reveals.

Jennifer says that she is a fan of Tayshia.

“I love Tayshia. I watched her on the other shows too and she seems so sweet.”

She also opens up a bit about her relationship with Zac. She says the whole thing was based on his drug use. It seems all of that was a lot for Jennifer to handle – understandably so.

“He said [on the show], ‘I left after a DUI’ — I don’t even remember him getting a DUI honestly,” Jennifer says about her Bachelorette star ex-husband.

Overall, it seems like Zac and Jennifer did the right thing by moving on.

**Warning: Spoilers ahead. If you do not want to know the winner of The Bachelorette, stop reading now**

Tonight, fans find out who “won” The Bachelorette. Basically, they find out who is the one who gets to keep Tayshia’s heart. It sounds like it will be between Zac, Ben, and Ivan.

Apparently, all speculation falls on Zac. It seems he will be the one who gets down on one knee and have Tayshia accept his proposal. This comes despite the fact that Tayshia appears to let Ben back on the show after he got kicked off.

She sent him home last week, however, last night he came back ready to express his love. By the looks of things, she lets him stay. However, of course, that doesn’t mean that she ends up engaged to him. At least he was able to get his feelings out.

Are you happy to hear that Tayshia ends up with Zac on The Bachelorette? Let us know in the comments below. Come back to TV Shows Ace for more news on all of your favorite Bachelor Nation stars.

‘You, Me, And My Ex’: Kayee & Jerry’s Race to Relationship
‘LPBW’ Tori Roloff Opens Up About Miscarriage, Hopes For Another Baby
OMG!!! Is Hazel Busby Of ‘OutDaughtered’ Possessed?!
WHAT? Farrah Abraham’s SHOCKING Puberty Talk With Daughter Sophia
OMG!!! Did Mykelti Brown Forget Her Husband Tony On Father’s Day?!