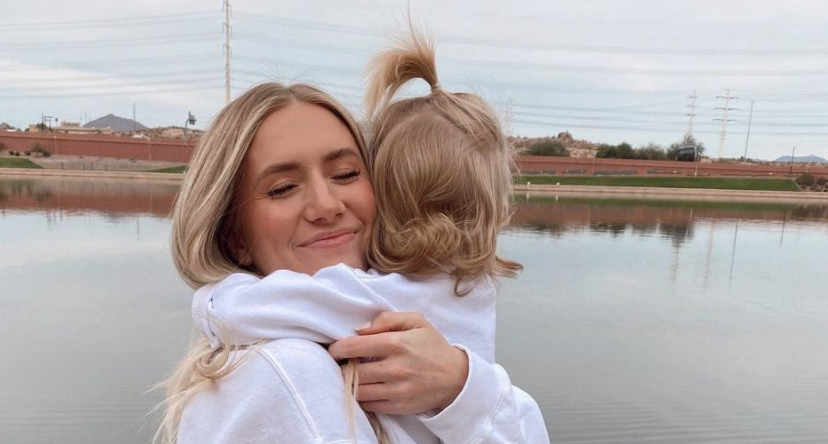 Lauren Burnham just revealed that she is pregnant. However, she left out one crucial detail. She and Arie are having twins!

Lauren and Arie are pregnant

Lauren and Arie revealed that they are having a baby. The couple took to Instagram yesterday to make that announcement. However, they forgot to mention that it’s actually twins! Their first post talked about how excited they are to be pregnant again.

“It’s hard to know what to say right now. I’ve been crying on and off for the past 3 months…right now is no different. So so grateful.🌈,” Lauren writes this weekend on her Instagram

Along with the sweet caption, Lauren also includes a video of herself, Arie, and their daughter.

Now, Lauren has shared another photo today adding in the new details about the pregnancy.

“we maaaay have left out one small detail👶🏼👶🏼 @luyendyktwins,” she writes on the newest post.

That post includes a photo of two ultrasounds showing off twins A and B. It looks like Lauren and Arie are in for a pretty big family!

Haven’t heard that Lauren is pregnant yet? That’s okay. The Bachelor stars kept it a secret this whole time. Apparently, they didn’t want to share with anyone until they were sure everything was going well. This is because they suffered from a miscarriage earlier this year.

“It’s been so hard to keep it a secret. That’s why I haven’t been — if you guys follow me on social media — I’ve been a little bit MIA ‘cause I have a really hard time not being transparent, so I’ve been hiding,” Lauren says. “I’ve also been really sick, so that’s another reason why. I tried to, like, throw everyone off and say Arie got COVID.”

Lauren was able to use Arie’s COVID diagnosis as a reason as to why she disappeared. Not only that, but she stayed off social media due to morning sickness. That way, no one could accidentally figure out that she’s expecting not one – but two new babies!

“He did get COVID, but also at the same time, I had really bad morning sickness, so that was another reason why I wasn’t on there much,” Lauren says.

Are you surprised to hear Lauren and Arie are having twins? Let us know your thoughts in the comments below. Come back to TV Shows Ace for more news on all of your favorite Bachelor Nation stars.