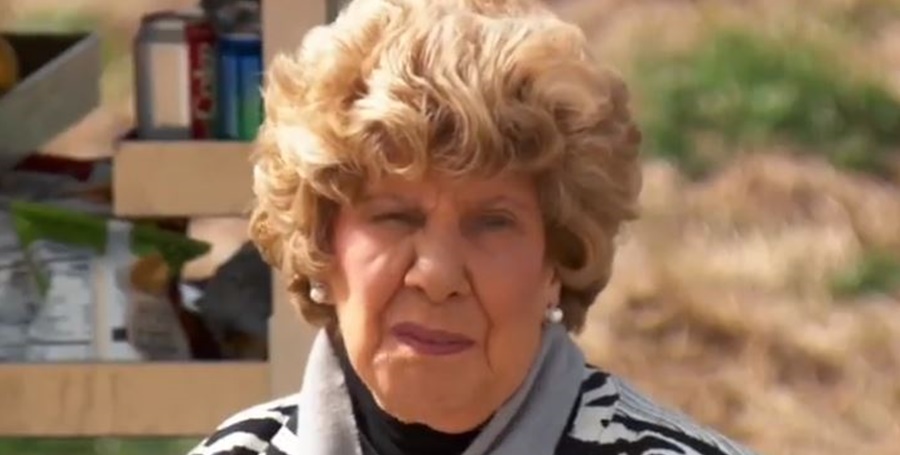 Nanny Faye started her own Cameo. And Chase thinks Todd Chrisley won’t let her keep it for very long. So, Nanny Faye thinks people who want a cameo should hurry up before he takes it down. The news came via Chase who shared about it on his Instagram Stories on December 19. The Chrisley Knows Best star finally “caved” in and helped his grandma set it all up.

Nanny Faye Cameo queen – but for how long?

Todd Chrisley and Nanny Faye often banter with each other on Chrisley Knows Best. Recently, fans saw her tell Todd that he’s “no Brad Pitt.” That came when he wanted her to get some botox. But she hates needles and thinks nobody can live forever anyway. Often, these two people clash, but in a sort of friendly way. So, after insulting Todd about not looking anything like Brad despite all his botox, she said she’d prefer going for ice cream.

Now, fans saw a scene unfold between Chase and Nanny Faye. Notably, Todd wasn’t there at the time. Up to mischief, she told Chase she wants to go on Cameo. But Chase reminded her Todd wouldn’t like that. After all, he already told her no. Well, Nanny Faye just said that Todd’s not her “boss.” When Chase argued, she persisted. And eventually, he said to her that she doesn’t “give a sh-t” about how his dad feels. And Nanny Faye agreed.

Chase caves in on Cameo

Finally, Chase posted up on his Instagram stories how he “caved in” and created his grandma’s Cameo account. And, Nanny also came on and told people if they want one, they “better hurry.” After all, Todd Chrisley probably tells his mom to take it down. The Chrisley Knows Best grandma admitted that she’ll try anything to earn her own money and she’s not gonna wait around for Todd’s approval.

Well, for a start-up account, she’s certainly going for broke. There, she charges $100 for a request. But, her chat seems reasonable at $19.99. So far, Nanny Faye got no Cameo reviews. So, clearly, not everybody knows about it yet. However, undoubtedly USA Network fans get themselves over there soon, just in case Todd really insists they take it down again. Of course, he might know about it already and just enjoy gaming his mom. 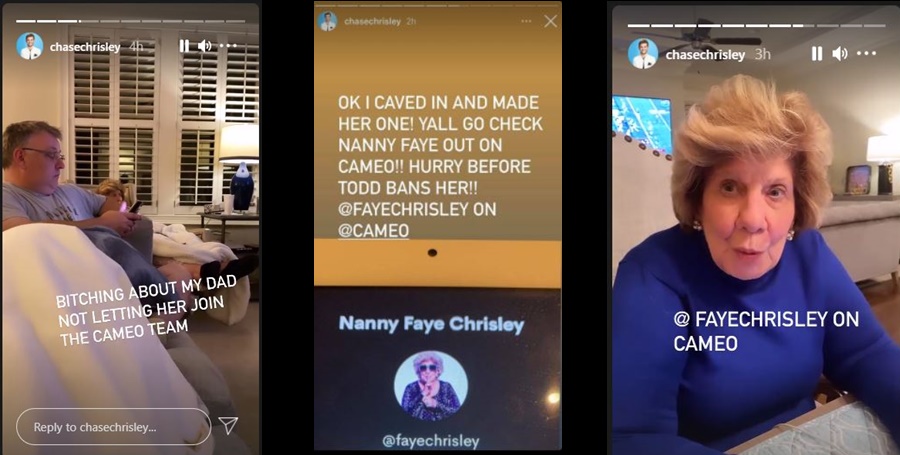 Fans adore Todd’s mom on the show. In fact, often they refer to her as their “favorite.” Some fans might even prefer Nanny Faye to Todd on the show. So more than likely, fans jump at the chance for a request or a chat with her on Cameo. Will Todd really make her take it down? Let’s see who wins in this battle of the Chrisley wills.