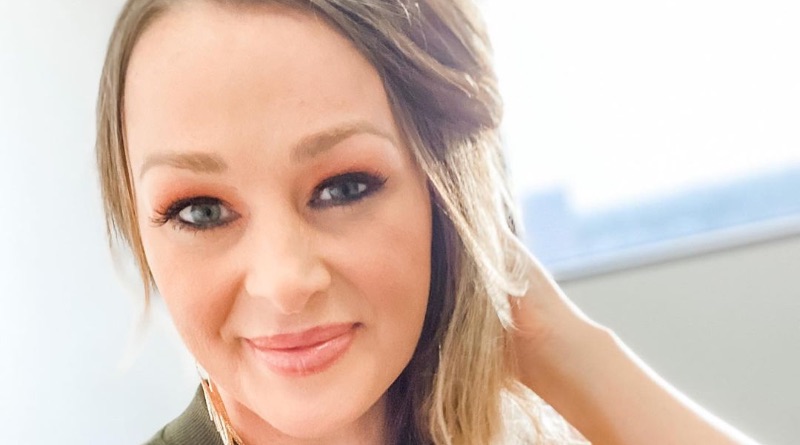 Married at First Sight star Jamie Otis shows off her post-baby body in recent pics. The host of Unfiltered welcomed a baby boy with husband Doug Hehner back in May. And she isn’t shy about flaunting her body since giving birth.

Married at First Sight star Jamie Otis is very candid with her fans. She often shares intimate details online. And it gives things a much more personal touch. Recently, she opened up about her body seven months after welcoming her son with Doug Hehner. And she had a lot to say.

Married at First Sight mom Jamie Otis showed off her body – curves and all. Doug Hehner’s wife added that her body “expanded” to make room for life. And it’s not something she plans to hide. A lot of reality stars use things like filters to enhance their appearance. But Jamie does the opposite – and it’s something her followers appreciate. 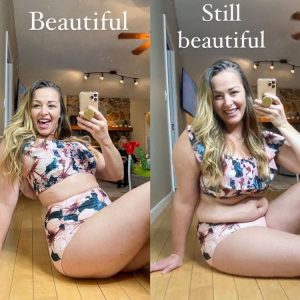 Doug Hehner’s Wife Proud of the Body She Has

Married at First Sight alum Jamie Otis is at peace with the fact that she won’t “shrink” back down to the size she was before she started having babies. In her mind, the “rolls, “cellulite”, and “stretch marks” aren’t flaws. They are part of her journey to motherhood. And according to her, they are “beautiful”.

Meanwhile, this body-positive post really resonates with a lot of Married at First Sight fans. In a world of filters and body-shaming, a lot of viewers appreciate the fact that Jamie Otis doesn’t try to hide what she looks like – and that she’s proud of the skin she’s in after welcoming Hendrix Hehner into the world.

Married at First Sight Family Getting into the Holiday Spirit

Along with showing off her post-baby body, Married at First Sight wife Jamie Otis also shared an adorable Christmas family photo. Because of COVID-19, there’s no sitting on Santa’s lap this year. But even so, Jamie and Doug posed for a photo with their masks on – with Santa in the background and their children on their laps. Even with everything going on, there’s plenty of Christmas cheer for the Hehner family.

In addition, Jamie Otis and Doug Hehner recently made a big move. They left their home in New Jersey for one in Florida – and that’s a major difference in terms of scenery and overall lifestyle for the Married at First Sight couple. Meanwhile, before they made the move to Florida official, they remodeled their home in New Jersey so it would sell faster.

Married at First Sight star Jamie Otis is vocal about her struggle with things like postpartum depression. Even as she deals with that, she said she loves living near the water. So it seems the sand and sun in Florida do her some good.