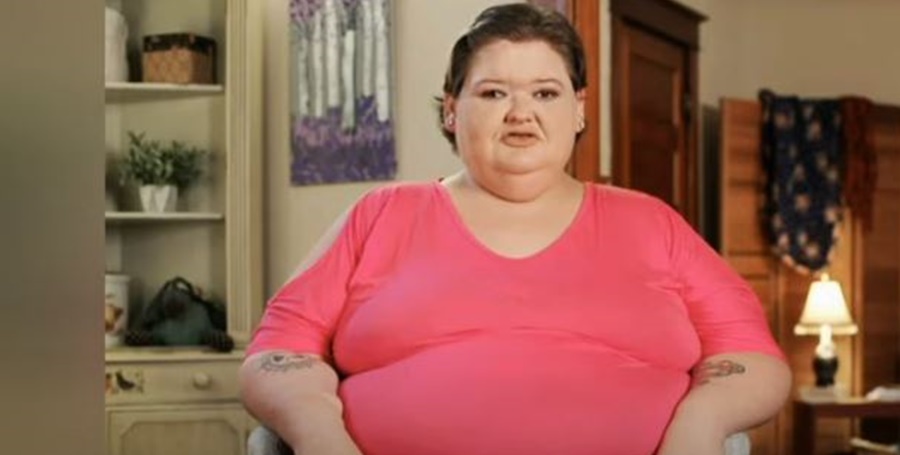 1000-LB Sisters star Amy Slaton is expecting her first baby. Fans of the TLC show saw that in the teasers that came out for the show. So, when is her due date? Did Amy already give birth? And importantly, is the baby okay? Bear in mind, Amy still suffers from health issues. Spoiler Alert!

We reported in early December that Amy Slaton shared that she was pregnant with her first baby. If you watched the show last season, then you knew that she wanted a baby. People also shared the news that she expects her first child. Previews also revealed the same information. So, expect her journey to motherhood on the new season.

TLC premieres 1000-LB Sisters Season 2 on January 4. Amy Slaton said that she fell pregnant four months after her loss surgery. Well, her doctor seemed very concerned. After all, he hoped she’d wait at least two years. Well, it happened, and as Amy said to the camera, “Oops.” Plus, it looks like she rode out the pregnancy rather than opt for termination. But, it came with complications to her health. Did she give birth to a healthy baby? If not when is her due date?

As people know, Amy fell pregnant four months after her surgery, Backwoods Barbi on YouTube estimated her baby arrived in November. That’s only if Amy got through her health complications safely. From teasers, fans know that Amy went through a bad moment and ended up in the hospital. Other than that, little information leaked out about her child. Notably, both the sisters seem very careful about leaking spoilers

Nevertheless, a hint that 1000-LB Sisters star Amy Slaton gave birth came from Tammy Slaton. In her vlog, Backwoods Barbi noted Tammy answered a question from a TLC fan. People love Tammy, but clearly, she’s not always the brightest bulb on the tree. She said, “yes Amy was pregnant but we can’t talk about it now.” That could mean her sister lost her baby. But then, she wrote, “I wish I could tell, everyone how they’re doing and what she had.”

Well, judging by Tammy’s post, as she said “what she had,” she obviously birthed a baby. Is the baby okay? Well, in the same post, Tammy said, “It’s so freaking hard not to post pictures.” Well, the chances seem very high that you might not post the tragic and sad pictures of a miscarried baby. So, apparently, Amy gave birth to her baby already, and Tammy wishes she could post up photos of the child.

Are you looking forward to 1000-LB Sisters star Amy Slaton’s journey to motherhood? Sound off in the comments below.