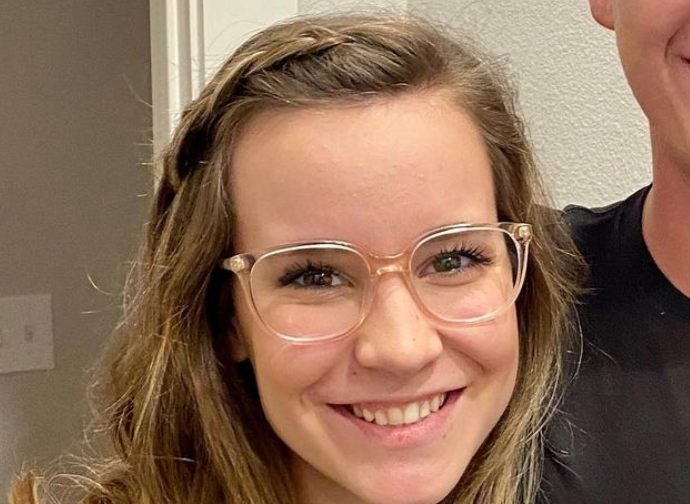 Fans of TLC’s Counting On know that the critics often send hate the family’s way. Unfortunately, that is a part of being in the public eye. No matter what the Duggars do, they can’t seem to please everyone. In the past, they have been slammed for their parenting style, how they dress their kids, and more. Though she’s not officially a part of the family yet, Claire Spivey is getting criticism on social media, and she’s not holding back.

Who is Claire Spivey?

Claire is Justin Duggar’s fiance. The couple got engaged recently after courting for 14 months. Now, wedding planning is underway. Due to the Duggar family’s popularity on social media, Claire has gained a following as well. She now has nearly 37,000 followers on Instagram. Her comments sections are now filled with both love and hate. Some fans like her, while others think that the couple is too young to be settling down.

Claire and her family live in Texas. So, fans wonder if Justin may move to Texas to be with Claire and her family once they tie the knot. From the photos that Justin, Claire, and Claire’s mom Hilary share on social media, it appears that they get along well. So, fans would not be surprised if they settled down in Texas rather than Arkansas, which is where the Duggars live.

Critics come for Claire Spivey and she fights back

In the comments section of one of Claire’s recent posts, a follower writes, “I’m not curious, I’m suspicious. He’s just 18, and they’ve only been ‘dating’ for a few months. How would one come up with enough $$ to afford that ring in such a short period of time?”

To this, Claire responds, “It was not necessarily a short period of time. From the beginning of our courtship, to engagement, was 14 months. When you wisely manage your finances over the years (not just during a courtship) you can afford purchases debt free by the legal “adult” age of 18. And since you’re not curious but suspicious as if he’s earned his money unlawfully, he hasn’t.”

Fans are glad to see that Claire is already standing up for herself. Unfortunately, being in the public eye with the Duggar family may lead to more criticism coming her way. But, she seems to know how to handle the critics and can set the story straight.

So, what do you think of Claire Spivey’s snappy response to the haters? Share your thoughts in the comments below.