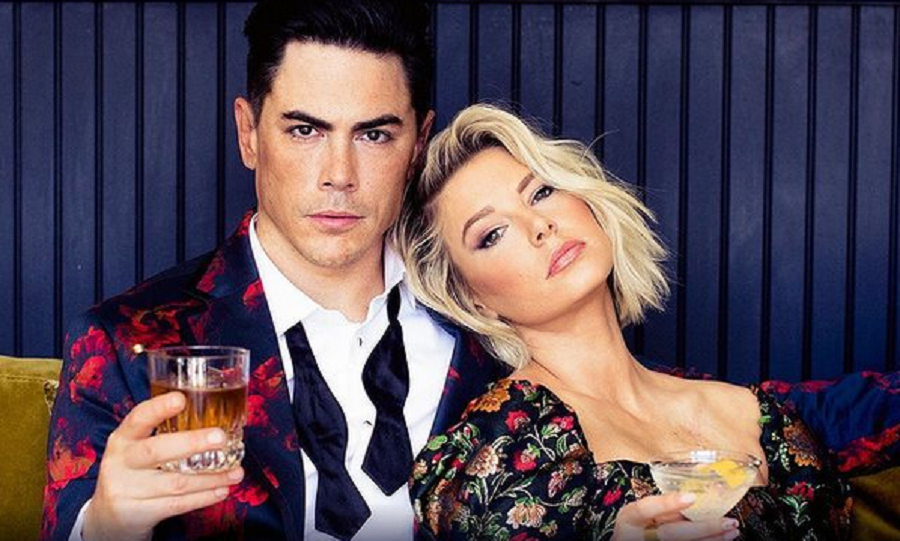 Vanderpump Rules fans claim that Tom Sandoval is now the “#1 guy in the group.” This comes after Jax Taylor and Brittany Cartwright announced their respective exits from the reality series.

Now, fans are looking forward to a spin focused on TomTom. Shortly after Brittany and Jax revealed they are leaving the long-running Bravo show, Ariana made it clear she’s happy for what’s next for her and Tom Sandoval.

Ariana Madix shares an exciting announcement with her followers

On Friday, December 4, Jax Taylor and Brittany Cartwright announced they are leaving the series. They took to their respective Instagram pages to make the announcement. However, sources say that the couple did not quit, they got fired. Ariana Madix was gleeful over her own news. She took to Instagram to share that she’s looking forward to her future with Tom Sandoval.

She posted a photo of herself and Sandoval posing in front of a rainbow-colored heart. They announced the holiday edition of their Fancy AF Cocktails book. Sandoval and Ariana wore matching black ensembles. Not only did they announce their new book, but they also announced a cocktail-making contest for their 1.3 million followers.

But, their fans weren’t excited about that. They were busy talking about Jax and Brittany’s announcements on their joint exits from Vanderpump Rules. Several commentators exclaimed that Sandoval was the “number one guy in the group” now that Jax is gone.

“Dancing on Mr. Taylor’s grave,” a second one said.

“Y’all made it out in top!” a third fan chimed in.

Meanwhile, other Pump Rules fans called Sandoval and Ariana the “#1 couple” on the show. They feel they should take over the show without the rest of the cast. Others are ready for a Tom-Tom spinoff.

“So ready for a TomTom spinoff!” one viewer wrote.

Does Jax getting fired mean Tom Sandoval was always the number one guy in the group? #PumpRules

The Pump Rules couples didn’t get along

As fans know, Sandoval and Jax butted heads on Vanderpump Rules Season 8. Jax did not like the way Sandoval fulfilled his responsibilities as his best man at his wedding. He nearly “fired” him for his role. He also criticized Sandoval and Ariana’s relationship and decision not to get married or have children.

The reunion was the most explosive one yet. Both Sandoval and Ariana lashing out at both Jax and Brittany. It was clear the two couples were no longer friends anymore. The reunion left everyone with more unresolved issues than resolutions.

Tom Sandoval and Ariana Madix spoke to Hollywood Life TVTalk about the latest Vanderpump Rules news. The couple was in shock with the rest of the viewers. They also found out about it through social media.

“We saw [the news] literally right as I was about to click on [HollywoodLife’s] page,” Ariana said. “But we don’t – We know as much as you.”

Sandoval was in a state of shock. He added that they had “no idea.” Ariana chimed in and said that she didn’t expect Jax to make the announcement.

“Literally, as I was about to click on your page I was like, ‘Oh, [Jax and Brittany] are going live,’ saw it, and that’s it. So we’re here,” she continued. “We don’t know. We have no inside. We’re out of the loop…but yeah, crazy.”

“We had no idea!” Sandoval exclaimed. Ariana added, “You know more than we do.” Then, Tom joked: “At least we’re making a cocktail!” Sandoval and Ariana were just as shocked as the fans were over Jax and Brittany’s exits.

“I’m one of those people where it takes a long time to process things,” Ariana explained before pausing and saying, “Get back to me next week!”

The couple got busy in the kitchen and whipped up cocktails. They’re excited to promote their new partnership with Gradenuity, which allows customers to send and receive customizable garden kits. Sandoval and Ariana collaborated with them on the $89 Fancy AF Cocktail Graden Kit, which includes their cocktail recipe book, Cocktail Garden, and a new cocktail recipe from the couple themselves.