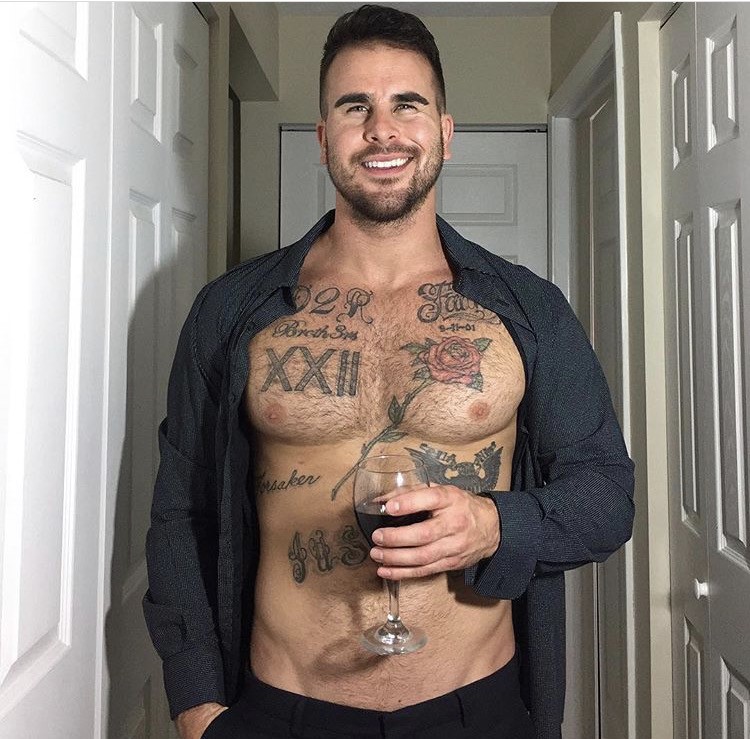 Josh Seiter of The Bachelorette was recently engaged to Yolanda from 90 Day Fiance. That didn’t work out, though. Sadly, Josh actually tattooed Yolanda’s name on him before he found it things were not going to last. Now, Josh is moving on and a source close to him spoke to TV Shows Ace exclusively. We were able to get a few juicy details. Josh doesn’t seem to be waiting around to find love again.

It turns out that Josh Seiter could be moving on with another 90 Day Fiance contestant. This source shared that Josh has been talking to Avery Warner. Of course, this all started with someone sliding into someone else’s’ DM’s on Instagram. The two kept talking back and forth according to the source. They have still been chatting it up and there is even a chance that Josh could go visit her.

If you don’t remember Avery, this clip below shows her. Things obviously didn’t work out between her and Ash. She is more than likely done with the franchise since her 90 Day Fiance relationship is over. Fans would love a reality show seeing her date someone else again, though.

Will these two end up dating?

From all that our source could share, it doesn’t sound like Josh Seiter and Avery are dating just yet. They are simply enjoying talking to each other. You never know what sparks might fly when they do meet in person, though. As of right now, there is no way to know if they could end up together. Regardless, they would make an adorable couple. Both tried to find love and it just didn’t work out for them in the past. They do live across the country from each other right now, though. Regardless, Josh was making longdistance work with Yolanda.

Why didn’t Josh and Yolanda work?

According to a post on Josh Seiter’s Instagram, Yolanda was actually scamming him. This is the reason that their engagement didn’t work out. Yolanda allegedly asked him for money, which of course, makes it look like she wanted something out of him. Josh even shared that she had a boyfriend while she was with him. Who knows what was going on there, but hopefully things go better if he ever ends up with Avery.

Do you think that Josh Seiter is going to end up with someone from 90 Day Fiance? Share your thought in the comments below.

Lifetime’s ‘The Seduction Of Joyce Mitchell’ & ‘Cellmate Secrets’ Tell Story Of New York Prison Break
‘The Young and the Restless’ Spoilers, June 21-25: Summer Gets Desperate
‘LPBW’ Fans Suspect Tori Roloff Is A Lazy Diva, Won’t Get Dirty With Zach
Amy Roloff Is Excited About Her Wedding, But Is Chris Marek?
Justin McSwain Says He’s Thankful For A Year Of Life – Interesting Photo