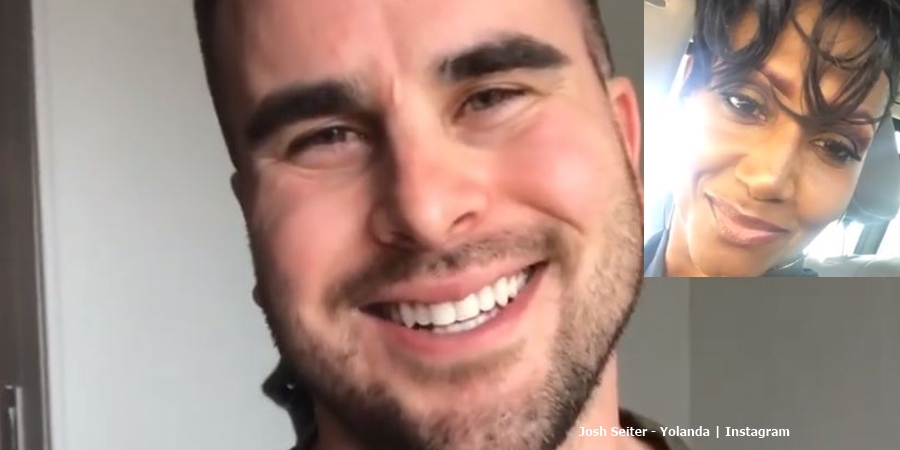 Josh Seiter of Bachelor Nation and Yolanda from 90 Day Fiance became an unlikely couple this year. In fact, many TLC fans thought they just dated and became engaged for a few minutes of fame. But it’s all over now as Josh accused Yolanda and her boyfriend of scamming him.

Josh spoke with us on November 15, 2020. At the time time, he sounded deeply in love with Yolanda of 90 Day Fiance fame. He reminded us that he felt so committed that they became engaged. While they both struggled a bit with their long-distance relationship, they managed to stay connected.

He told us, “She’s mature and realistic about it, as am I. It helps when both people approach it from a pragmatic viewpoint. I will visit her at the end of this month and plan to every month after that, until we can be together more permanently.”

Well, now that all came tumbling down according to a lengthy post from Josh Seiter on Instagram. On November 20, he took to Instagram and explained why he felt that Yolanda scammed him. Lots of people previously dissed him for dating a much older woman. But now, some sympathy came through for him.

Scammed by Yolanda and her boyfriend

Pouring his heart out, Josh admitted that you can’t really know someone completely through dating online. But he says that he discovered a “cunning and calculating person behind the mask.” He spoke about giving his “energy,” “time,” and his “heart” to her. And yet, at the back of his mind, he felt a bit apprehensive. In fact, he described it as a “feeling something wasn’t right.”  And, he became more aware of that when Yolanda allegedly asked for money for “phone bills, rent,” and more.

As the requests became more frequent, it seems that Josh Seiter felt played by the 90 Day Fiance star. But he said that fortunately, he only ever “sent her a ring.” And he said she “sold” it.  As if that’s not enough, Josh claimed that he discovered “throughout the duration of our relationship, she had a boyfriend living with her.” Next, the Bachelor Nation alum claimed that the “boyfriend” worked with her “behind the scenes.”

He claimed they both tried to get “money ” out of him. Josh said that always played it straight with her. But he notes that not “everyone is built the same.” He added, “Lesson learned. Only focusing on what’s ahead from here on now.”

90 Day Fiance fans felt a bit sorry for Josh Seiter and one said, “That’s unfortunate!!! Wow Yolanda she’s a good actress she should have been in the movies if this is true.” Do you agree? Sound off in the comments below.