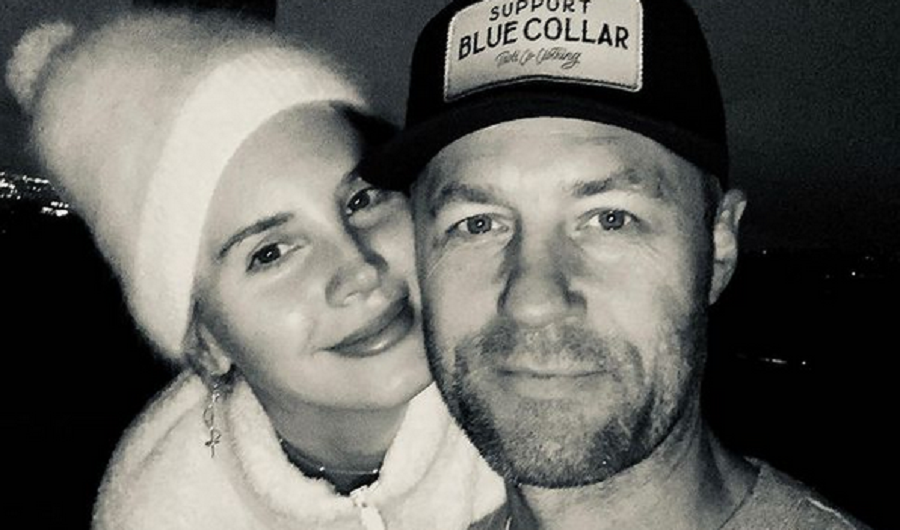 Lana Del Rey is reportedly engaged to Clayton Johnson after her split from Live PD analyst Sean “Sticks” Larkin. The couple met on a dating app. Johnson was the one who popped the question. Of course, this twist comes as a surprise for fans. They remember when Del Rey dated Larkin.

The couple was all over the place earlier this year. They even attended the 2020 Grammy Awards where they made their relationship red-carpet official. Del Rey and Larkin have since moved on from their relationship. In August, Del Rey met Johnson.

On Wednesday, December 16, E! News reported that Lana Del Rey is engaged. She met her fiance Clayton Johnson on a dating app. The 35-year-old singer sparked the engagement rumors during her appearance on The Tonight Show Starring Jimmy Fallon on Monday, December 14. Fans noticed a sparkly ring on Del Rey’s left finger as she sang “Love You Like a Woman” on the late-night talk show.

“Y’all see that?” one fan tweeted.

Two days later, another fan noticed that “Lana is caught with a ring on her finger AGAIN.” The songstress posted a new selfie on Saturday, December 12. At the time, she teased her Tonight Show appearance. The “Summertime Sadness” singer’s hands swayed around her in the image, but the ring was visible on her left hand.

The sightings continued to increase. Del Rey also wore an engagement ring last month. This led some to wonder if the singer was seeing someone. Some assumed that she was still with Live PD co-host Sean “Sticks” Larkin. They can’t keep up with her dating life.

Then fans started putting the pieces together and noticed that she was dating Johnson. Fans noticed their Halloween couple costume as the Scarecrow and Dorothy from The Wizard of OZ. The couple popped up on each other’s social media pages since August. Johnson shared a photo of himself sitting at a glass table with Del Rey’s visible.

Lana Del Rey and Sean “Sticks” Larkin were first spotted together in September 2019. The couple went on a romantic stroll in New York City. The pair made their romance Instagram official in December.

Since then, it seemed like the singer-songwriter and Live PD star were inseparable. Fans even noticed that Del Rey took a road trip to his hometown of Tulsa, Oklahoma over the summer.

But in his profile by The New York Times titled “Policeman. Reality Star. Recent Ex-Boyfriend,” the real-life cop revealed that they are no longer dating.

The 46-year-old revealed they met in New York and “just kind of hit it off from day one.” They split their time between Los Angeles and Tulsa. Larkin also says his children, 17 and 22, were in shock to learn about “Dad’s new girlfriend” via social media.

“When we were in Tulsa we hung out with my law enforcement friends and their spouses. We all Super Bowl partied together, dinners and things like that,” Larkin explained. “Normal things couples do with their friends.”

What are your thoughts? Are you in shock over Del Rey’s sudden engagement to someone other than Larkin? Sound off below in the comments section.