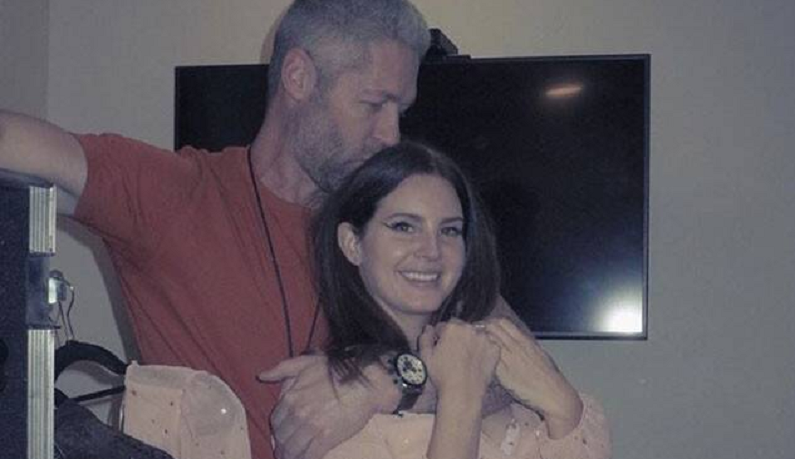 Live PD host Sean “Sticks” Larkin went from Tulsa, Oklahoma to Hollywood, California. He made his big red-carpet debut with girlfriend Lana Del Rey this weekend. TV Shows Ace reported the news of their coupling, which came as a shock to fans of both. Lana Del Rey made their relationship Instagram official back in December and the couple is still going strong.

Lana Del Rey and Sean “Sticks” Larkin attended a pre-Grammys event at the Beverly Hilton Hotel on Saturday night, Jan. 25. This sounds like a big deal for the couple that’s had social media buzzing over their unlikely pairing.

Sean “Sticks” Larkin is best known for appearing on the A&E series, Live PD, which is the number one series on cable TV. Now it looks like he wants to set his sights Hollywood. He sure does fit in. Larkin looked quite dapper with his 34-year-old girlfriend by his side.

The couple attended the Recording Academy and Clive Davis’ pre-2020 Grammys gala as reported by MSN. Lana Del Rey wore a black-and-white off-the-shoulder evening gown that featured a high slit. Meanwhile, Larkin kept his look simple with a black suit and white button-down shirt. This is the first time that the couple has appeared at a red-carpet event together.

This comes after the couple made their relationship Instagram official last month. The 34-year-old singer was photographed wearing a blush colored dress and knee-high boots. In the cozy photo, Larkin rest his arm against a rack of clothes and wraps his other arm around Del Rey. She smiles at the camera while Larkin kisses the top of her head.

News quickly spread on social media that the Live PD host was dating Del Rey when the pair was photographed together in New York City’s Central Park. In her profile with the Los Angeles Time, Del Rey joked that she would’ve dressed up for the occasion had she known she was going to get photographed.

Del Rey also doesn’t understand the sudden interest in her love life. What she doesn’t know is that Live PD Nation boasts millions of dedicated fans. That’s not including the singer’s own fanbase. But she did admit that she sometimes feels the same way about her own music idols.

“It’s funny because I was with someone for years and we never had that problem,” she said. “I care about what Bob Dylan is doing right now. I’m curious to know if he’s wearing a hoodie or a blazer. I get it.

The singer understands the controversy with her dating a cop in today’s political climate. But she has nothing but support for her boyfriend.

“He’s a good cop. He gets it. He sees both sides of things,” she added.

Another new episode of LivePD Presents: PD Cam is on tonight at 10 EST/9 Central! Tune in to A&E TV tonight and watch the job as it’s seen from the perspective of law enforcement officers from around the county. #tulsa #livepd #pdcam #tv #officer #deputy #trooper

What are your thoughts on Lana Del Rey and Sean “Sticks” Larkin dating? Sound off below in the comments section.